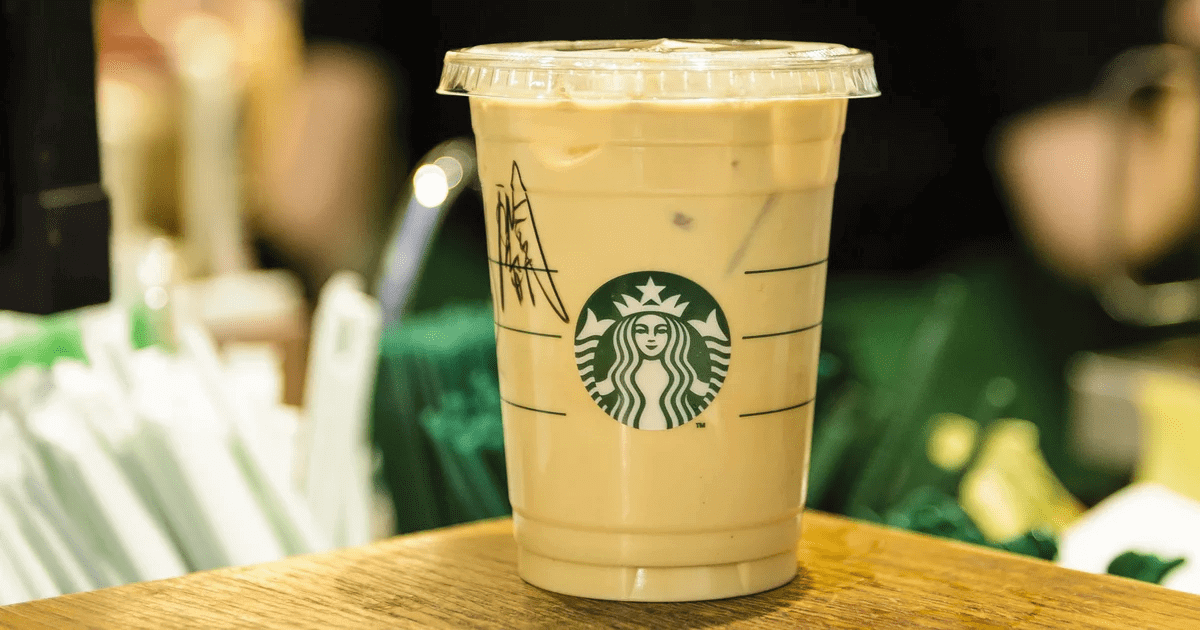 Starbucks ice is made of coffee. Unlike regular cubes, coffee ice cubes help retain the flavor of iced drinks.

Do you detest watery iced coffee? You should consider getting your drinks from Starbucks since it addresses this problem. Since I love my cold coffee, I have been ordering it with ice on my way to work. Despite this, I didn’t like how the regular ice melted in my drinks. Since I started getting my coffee from Starbucks, I have no longer experienced this problem. I wrote this post to inform you about the ice that Starbucks uses and its effect on drinks. 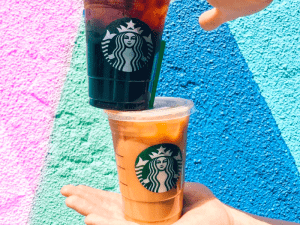 One thing that has made Starbucks a superior coffee brand is its innovativeness. This company keeps on testing different ideas from time to time to help solve problems that customers experience with their drinks.

When you order such a drink from Starbucks, you also don’t have to drink it down fast to prevent the coffee ice cubes from melting too fast. The problem with using regular cubes is that they melt fast and interfere with the flavor of your drink.

Using coffee ice cubes ensures that your drink has more caffeine even as the cubes melt slowly so that you can enjoy every sip up to the last bit. According to the company, customers can order coffee ice cubes in any beverage available.

Though this trend has been receiving many positive views, not everyone is impressed with them. Some people who don’t prefer the strong taste of coffee feel that the cubes can make drinks more bitter.

This could happen as the cubes melt into your favorite drink. If you have such concerns and would still like to enjoy iced drinks, consider ordering your drink with fewer Starbucks ice cubes.

Is Starbucks Putting Too Much Ice in Cold Drinks?

The customer argued that Starbucks baristas use the lines on the cups to determine the amount of drinks they serve. When a drink gets to the black lines, she argued that the baristas fill the remaining part of the cup with ice.

This client suggested that the amount of iced drink that you pay for is not what you get due to the excess ice that Starbucks allegedly adds. According to the suit, a Venti drink that should contain about 24 ounces of the drink ends up with only 14 ounces of it, and the rest is ice.

After the lawsuit, other customers started investigating if Starbuck underfills cold drinks and adds too much ice. They went through different Starbucks stores measuring the amount of drink in ice coffee. According to most reports, Starbucks does not put too much ice in cold drinks.

The lawsuit was dismissed, and a judge said that Starbucks was free to add as much ice as it desired to cold drinks. If you are not impressed with the amount of ice that a Starbucks barista puts in your cold drink, feel free to request less ice. Some customers even prefer more ice in the drinks. 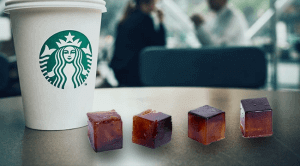 Though Starbucks is not the first coffee brand to use coffee ice cubes, it puts quality first. The problem with some coffee shops is that they use leftover coffee drinks to make cubes for more drinks. Though coffee does not go bad fast, the cubes may have stayed for so long.

According to a certain barista, Starbucks has safe ice coffee ice cubes since it does not freeze old coffee to make them. The quality ice cubes at Starbucks come already made and well packaged. Once the company receives the coffee ice cubes, the baristas break them down into small chunks and store them in a tub.

Every time a customer asks for some ice-cold drinks, the baristas get the coffee ice cubes from the fridge. Most customers that have tried the Starbucks ice cubes reveal that they make drinks taste strong and are quite smooth. Since Starbucks started using coffee ice cubes, no complaints on safety have been raised by customers.

If you are still worried about the safety of Starbucks ice cubes, consider making them on your own. This company even shares some DIY instructions that you can use to create coffee ice cubes from the comfort of your home. Consider making such cubes with fresh coffee and leave them in the freezer for at least four hours before use.

Starbucks has been using coffee ice cubes in more than 100 stores in different locations. Using coffee ice cubes in cold drinks prevents them from melting down easily and tasting watery. Unlike some customers believe, this company does not add too much ice to its cold drinks. If you want to try Starbuck iced cubes, you should be prepared to pay an extra 80 cents. Despite the extra cost, most customers find them better than cold drinks containing regular ice cubes.

Why does Starbucks ice not dilute your drink?

Can you order a Starbucks drink without ice?

Yes. If you don’t want a very cold drink, you can order it without ice. Since the store already pre-determines the ratio, do not expect a full cup even when you don’t order ice.