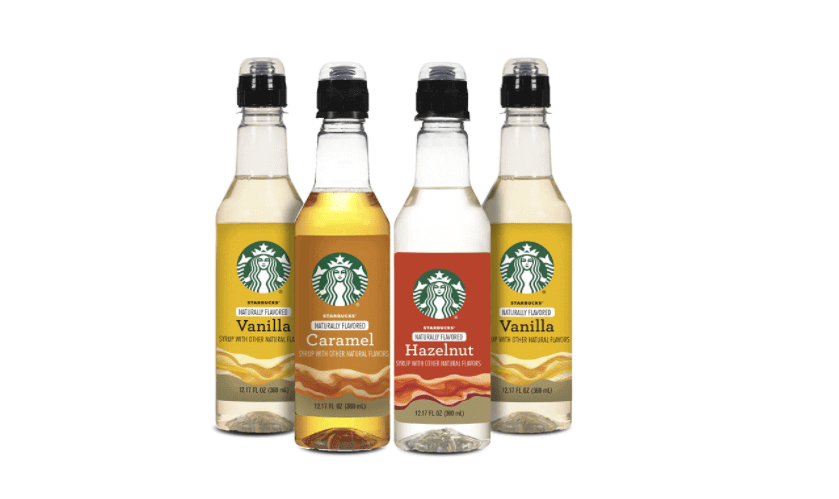 We know you like to bulk up on the Starbuck syrups that are available only in certain seasons of the year. Personally, I like to stock up on seasonal syrups because the recipes require some special natural ingredients that might not be readily available. However, a point of concern that never seems to escape my mind is how long the Starbucks syrups will last in storage. The desperation to keep my syrups fresh for longer got me digging and below are my detailed findings.

Starbucks syrup will last indefinitely, for as long you don’t open the container and store it in a cool and dry location. Opened Starbucks syrups on the other hand have a diminishing window of time and will decline in quality after some time when opened. 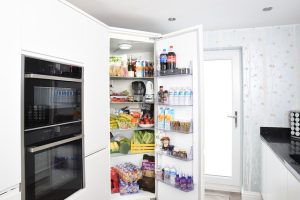 Storing Starbucks Syrup in the fridge is not something that many people fancy because they find it somehow hard to use cold syrups on their accompaniments. However, if you want your syrup to last longer then you must store it in the fridge and remove it early enough from the fridge to allow it to cool off before using it with your favorite dish.

How long does Starbucks Syrup Last When Open

Once opened you can store the Starbucks syrup on the shelves where they will stay edible for at least 30 days. The temperature of the room that you store your Starbuck Syrup should have temperatures ranging between 18-27ᵒC. And if you store them in regards to the above temperature ranges, you can open and use it for 3-6 months. Be sure to keep the cap on once you have poured out what you require.

If you will be using a pour spout or a pump, then the syrups shelf life will be greatly reduced to either 1 or 2 months.

How to Store Starbucks Syrup in the Freezer 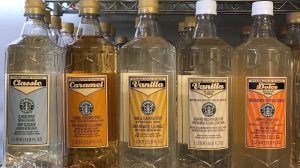 Starbucks Syrup can be frozen, now the big question is can it turn into solid ice, and will this action affect its flavor and consistency. You can store your syrup in the freezer especially if you will not be using the whole bottle soon. Also as you purchase your syrup in large quantities for storage always be sure to check on the expiry date.

Here is another important point to note when freezing syrup. Now the Starbucks syrup does not have a complicated recipe, neither is the process of making one difficult. And because of the above, most people prefer to make their syrup, if you are among this group then you must know that if you make your syrup in the ratio of 1:1 then the chances of it freezing solid are very high.

How long does the Starbucks Syrup last after the printed expiration date?

If your Starbucks syrup has expired according to the printed expiration date and you don’t want to get rid of it, you don’t have to. You can still use it but the quality will have reduced.

Making a Starbucks Syrup from home is as simple as ABC. You only need a small saucepan and medium heat. You can then put all the ingredients in the saucepan, bring to a boil and stir until all the sugars are dissolved. Store at a heatproof temperature and let it cool to room temperature, you can then store it in the fridge where it will retain its quality for one month.

If you wish to enhance the aesthetics and flavor of your Starbucks syrup while in storage, you could store it in a clear glass bottle. And then take a vanilla bean, break it into two, and put it inside the glass jar, store it in the fridge where it will last for as long as two weeks or for as little as two days. The ability for your Starbuck syrup to retain its quality will also depend on other ingredients that you might have incorporated in the syrup.

How do I tell if Starbucks Syrup has gone bad?

We have mentioned that the Starbucks Syrup never goes bad but there is a limit to its use.  Remember that you can always take your Starbucks Syrup even after expiry but you should never expect the flavor to be the same. Syrup that has gone bad or overstayed will change its texture and color, it will be much thicker and way darker than when originally purchased.

What is the reason behind syrup not going bad?

Syrup remains palatable for longer when not opened because of the high sugar content of pure maple syrup.

How long will the Starbucks syrup last when used in a recipe?

The Starbucks syrup will not expire fast in fact it will be the last ingredient to expire when used on any dish. But once it soaks into any dish it will go bad as fast as the quickest expiring ingredient in the respective dish.

Will I die if I eat expired syrup?

No, you will not die if you eat expired syrup because the syrup pretty much remains usable even after its expiry date. However, its quality will greatly decline but it will not be dangerous for your stomach. 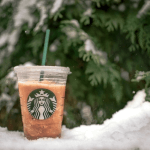 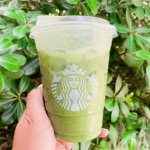 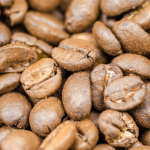 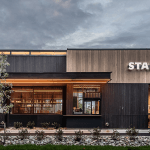