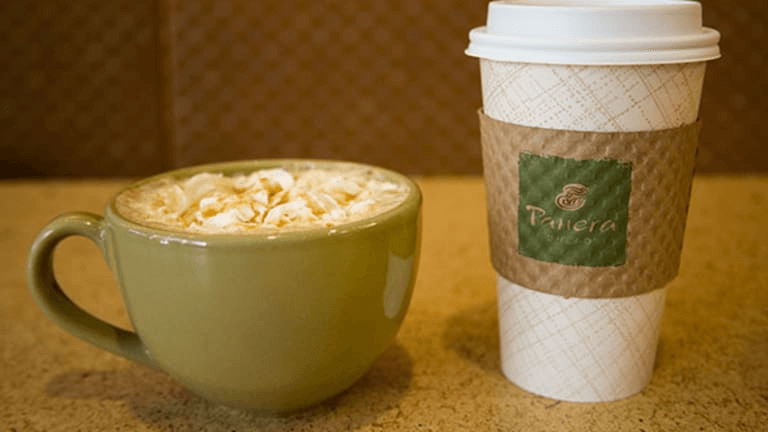 In the 21st century, food and beverage businesses are tasked with offering both quality menus as well as excellent customer service. While both Panera Bread and Starbucks are great at both investments, each brand is pushing the limits to distinguish itself.

My fellow accountants will agree that the most workload in an audit firm comes weeks before the release of the national budget. During this extremely busy season, my colleagues and I will often walk to a nearby Starbucks for a quick coffee break. Sometimes when looking for a more filling meal and more interaction, we opt for Panera Bread. Both joints have clean and comfortable spaces and their different offerings are awesome. One may wonder though, how do the two compare? I’ve created this post to help you answer this question. Read on to learn more about each brand.

What are the differences between Panera Bread Vs. Starbucks?

Panera Bread Vs. Starbucks – How do they compare?

Starbucks’ stores exude warmth and comfort with neutral colors, artwork on the walls, and a layout that encourages the customers to socialize.

On the other hand, Panera Bread maintains the convectional restaurant style with bright lighting and a variety of seating arrangements to accommodate cozy lounging and dining by both small and large groups. It’s a place to sit and eat a real meal on the table.

In this category, Starbucks has it. The coffee brand has more warmth and appeal in terms of ambience compared to Panera Bread.

With over 33,800 locations in more than 80 countries, Starbucks strategically places itself in easily accessible metropolitan joints which attract premium clients seeking a sense of comfort and quick service.

Panera Bread is a much younger brand than Starbucks but still, a little over 2,000 stores only in US & Canada is quite a low number for a business that has been around for over 30 years. If the recent merger with Caribou Coffee and Einstein Bros is anything to go by, the bakery brand seems to be looking at more expansion and growth.

Starbucks takes the lead in this category since it has more locations in numerous countries.

Starbucks is closely associated with a wide and creative range of coffee and tea beverages. Besides the drinks, the company also sells food items such as pastries, salads, and sandwiches but the food range is much smaller.

Just like the name, Panera Bread is synonymous with consistent quality breads and a plethora of other baked items. Their pairing of sandwiches and soups also has a special place in the hearts of many customers.

It’s a tie in this category because although Panera Bread has a wide variety of food items, Starbucks has numerous quality beverages. Each brand stands out in its signature offering.

The Panera Bread coffee is not only cheaper but lower in quality compared to Starbucks. For the food items, Panera Bread has more expensive items. A sandwich at Starbucks goes for $5 or below while the bakery chain sells a sandwich for $7 or more.

This is also a draw given Panera has better quality food though more expensive while Starbucks has better coffee that costs more.

Starbucks allows you to order any beverage in four custom sizes ranging from 12 ounces to 31 ounces. The smallest is the Tall at 12 ounces, followed by the Grande which is 16 ounces, Venti comes third at 24 ounces and Trenta leads the pack with 31 ounces.

Panera on the other hand allows customers to order beverages in three different cup sizes. The smallest cup size is 8 ounces, followed by the regular which is a 17-ounce cup size, and the large which is 30 ounces.

Starbucks takes the medal for the clear distinction in its cup sizes. The coffee chain also has the largest-sized drinks. It’s a bit hard to differentiate the cold drink cups at Panera as they mostly appear the same in size.

Starbucks has committed to reducing carbon emissions by 50% in supply chain and direct operations by 2030.

Panera Bread on its part has committed to climate positivity to drive awareness of sustainability among its customers and cut its carbon emissions by 15% come to the end of the year 2022.

Both brands have incorporated complete reusable packaging and renewable energy adaptation in most of the stores.

Since both companies have taken different environmental sustainability approaches, they draw in this category.

From a humble beginning as a bread company in St. Louis in 1987, Panera Bread has expanded immensely across America and Canada.

The 30-year-old company has successfully baked fresh bread for its clients every day and even added more clean options to pair with its delicious bakery products. Some of the Panera Bread baked goods include bagels, focaccia, baguettes, cookies, pizza, and a range of pastries. Owned privately by JAB Holding company, Panera has established over 48 restaurants that offer real food and fresh bread.

Starbucks began its journey in 1971 as a coffee bean retailer in Seattle, offering freshly roasted coffee beans, tea, and spices. The company opened the first cafe in 1987 when Howard Schultz bought it off and today, the company has grown exponentially with over 33,000 branches around the world.

Starbucks has become a global leader in the coffee business specializing in high-quality caffeinated blends and variations. Research shows that the company sells approximately 4B cups of coffee annually.

Final Verdict: So, Which is better? Panera Bread Vs Starbucks?

When it comes to food, both brands give you value for your money but in my opinion, if you’re looking for healthier and more filling varieties, go to Panera.

Who has a larger market share between Panera Bread and Starbucks?

What is the big difference between Starbucks and Panera Bread?

Starbucks has better coffee while Panera is associated with baked items. 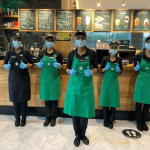 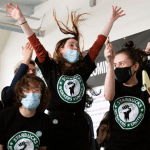 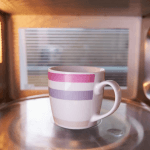