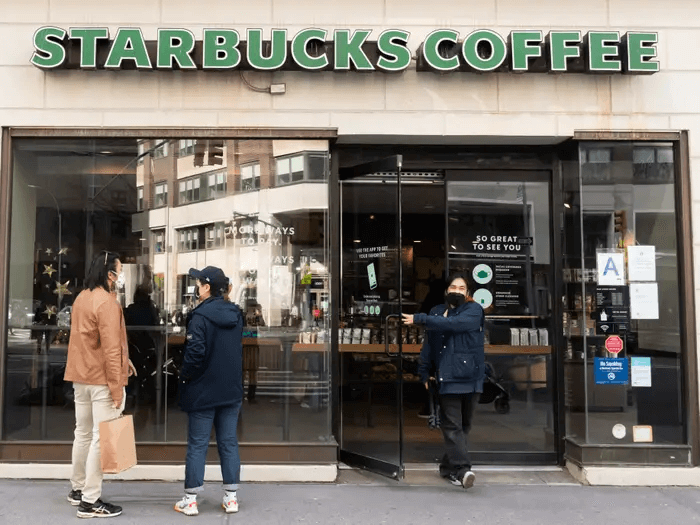 There are various roles in Starbucks and the amount you are paid depends on the role you play or the kind of job you will be doing. The average Starbucks salary stretches from as low as $19,200 to as high as $ 284,151 per year, depending on your role in the company. For the common positions like baristas, shift supervisors and store managers, the hourly pay rate is approximately between $16.05 and $25 depending on your job description. I recently moved to New York but before I did, I had to look for a job and analyze the salaries so that I could make a smooth transition. During my research, I went through the different roles at Starbucks and their pay. I am sharing what I discovered, in this article.

What is starting pay at Starbucks New York 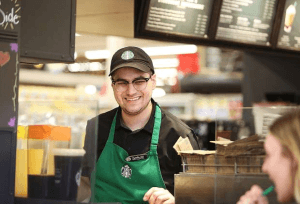 A starting pay is the salary you will receive during your first months or year of employment in a company. Entry-level positions at Starbucks start at approximately $25,350 to $33,150 per year. The hourly starting pay is averagely between $15 and $25 depending on the type of work that you’ll be doing and the years of experience you have in the field. Your exact starting pay is usually disclosed to you in the job description, employment contract or during the job interview. The majority of the unseasoned workers or first-time employees will start off earning just above minimum wage.

How much does New York Starbucks pay an hour?

If a worker manages to get overtime hours, that is more than 40 hours a week, they are also paid overtime, which is calculated as 1.5 times their usual pay rate for all the extra hours worked.

During the major holidays, Starbucks workers also receive the time and a half pay. These payments apply on overtime and major holidays but not weekends.

The workers at Starbucks in New York are paid once every two weeks. The biweekly payment is made in form of either a paper check or a direct deposit. The pay duration usually starts on a Monday and ends on the following second Sunday. Most of the workers receive their direct deposit in their accounts at midnight on the eve of the pay date. Overtime is usually determined by these pay periods and not by single shifts. 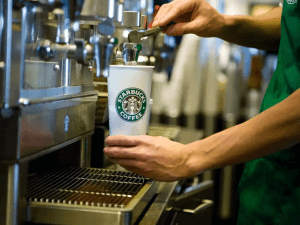 The Starbucks employees in New York do get tips. The tips received are split between everyone except the Assistant Store Manager and the Store Manager. In 2013, the New York court of appeal decided that the baristas share the tips with the shift supervisors. The court had discovered that the shift supervisors perform much of the same tasks as the baristas and therefore get to split the tips.

How much does a Starbucks employee make a month in New York?

The average monthly income of a Starbucks worker in New York is roughly between $2422 and $9140 depending on the job description. Usual Starbucks shifts are between 4 to 8 hours long. If you manage to work for more than 40 a week, then you qualify to be paid overtime, on top of your regular pay, therefore, earning more that month.

Your pay is affected and determined by several factors like your level of education, the additional skills you will be able to offer the company, your experience in the field and the qualifications you have. The more you have to offer the higher you will get paid.

How much does Starbucks pay Baristas in New York?

The common salary of a Starbucks barista in New York ranges from $16.05 per hour to $23 per hour. The annual pay of the barista falls between $27,292 and $33,035. A Starbucks barista has various duties, among them, taking orders at the counter or drive-thru and fulfilling them according to the customers’ requests. These variations in pay are determined by factors like the certification that the barista has, additional skills that they can offer and the experience of the barista.

How much does Starbucks pay Cashiers in New York?

A Cashier at Starbucks takes home an average of $13.69 per hour. In a year they can make between $27,987 and $31,446. A Starbucks cashier’s major duty is to perform cash transactions but most cashiers will also prepare drinks and serve customers. As mentioned earlier, there’s a variation in the payment due to the different skill levels of the workers and their certifications.

How much does Starbucks pay Shift Supervisors in New York?

Shift Supervisors at Starbucks in New York earn around $16 to $26 per hour. Yearly, they can be paid a salary of between $33,053 and $39,458. When including additional pay and benefits the shift supervisors can expect to earn an average of $48,655 in a year. The Shift Supervisor assists the store manager in carrying out operations during assigned shifts, allocating duties to other employees and coaching new employees.

How much does Starbucks pay Store Managers in New York?