We all love the holiday season as it is the coziest time of the year, full of celebrations and love. And one of the things most people look forward to is enjoying the limited festive flavors Starbucks offers every holiday.

Starbucks releases holiday drinks on different dates every year, and while the dates may vary each year, it is always at the beginning of November. My husband and I are Starbucks lovers, and we can hardly wait for the holidays to indulge in the limited Starbucks festive beverages. Sometimes, Starbucks brings back some of the most loved flavors every year, such as the Peppermint Mocha, which is a personal favorite, and occasionally spices things up with new tastes. Read on to know more about Starbucks holiday drinks and when they are released.

When do Starbucks holiday drinks release

Starbucks’ holiday menu launch takes place on different dates in November. For instance, in 2021, Starbucks released its Christmas drinks menu on November 4th, while this year, the much-awaited launch has been moved forward to November 7th.

During the annual launch, Starbucks unveils its much-awaited holiday menu. Before the launch, the internet is usually abuzz with wild guesses about the treats Starbucks will include in its holiday menu.

What are the holiday drinks at Starbucks?

If you love chocolate more than pumpkin, this is a perfect option on Starbucks’ holiday drink menu. The fan-favorite mocha blends the rich Starbucks Espresso roast with sweet mocha sauce, syrup with notes of peppermint and steamed milk. The barista tops the blend with whipped cream to give you a drink with rich chocolaty and mint flavors.

A Grande serving of the mocha contains 440 calories, 54 grams of sugar, 16 grams of fat and 175 milligrams of caffeine.

Every year the return of this seasonal favorite is applauded by its fans worldwide. The barista blends the Starbucks signature espresso with richly steamed eggnog. To sum it up, the barista tops the blend with a dusting of nutmeg. The outcome is a perfect sweet and energizing drink that you will enjoy till the last sip.

A Grande serving of the latte contains 450 calories, 52 grams of sugar, 18 grams of fat and 150 milligrams of caffeine.

The dreamy and shippable holiday drink combines Irish cream syrup with the Starbucks cold brew. The barista then tops the mixture with vanilla sweet cream cold foam, followed by a touch of cocoa.

A Grande serving of the beverage contains 200 calories, 24 grams of sugar, 11 grams of fat and 185 milligrams of caffeine.

The latte with a sweet and smoky taste combines the Starbucks premium espresso with caramel brulée and steamed milk. The barista finishes by adding whipped cream and caramel brulée bits to give you a perfect drink for the winter holiday.

A Grande serving of the beverage contains 410 calories, 48 grams of sugar, 14 grams of fat and 185 milligrams of caffeine.

The drinks mentioned above are fan-favorites in Starbucks’ long lists of holiday drinks, including other beverages such as Hazelnut Caramel, Toasted White Chocolate Mocha and Toffee Nut Latte.

Additionally, Starbucks stores in different regions have different holiday drinks. For instance, the Dolce Cookie Latte is a holiday fan-favorite in South Korea, Fudge Brownie Hot Chocolate in Europe, the Middle East and Africa and Caramel Almond Milk in Japan.

When does Starbucks release Christmas Drinks?

The highly awaited Starbucks Christmas drinks come out on different dates every year. Starbucks always keeps its seasonal drink range a secret until the run-up to the launch to ensure the beverages are truly limited and can only be found at its stores. While there is no set date to release the Christmas drinks every year, Starbucks mainly releases the beverages in early November before the 10th of the month.

When does Starbucks release winter drinks?

Winter is the return of sweater weather and Starbucks festive drinks. Winter drinks do not have a specific set date of release, but they mainly come out in early November. If you are eagerly waiting for winter drinks, look out for Starbucks official announcement when the time comes.

Which Starbucks holiday drinks are vegan?

Iced Sugar Cookie Almondmilk Latte is entirely vegan since there are no animal products even in the sugar cookies used in the drink. For other holiday drinks that use milk, you can substitute with coconut or soy milk if you want it vegan and hold the whipped cream.

When do Starbucks holiday drinks end?

Starbucks holiday drinks end around the second week of January.

Pumpkin spice latte is a seasonal fall beverage, and Starbucks stops serving it right around the beginning of the holidays in early November when the holiday drinks are released. 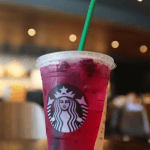 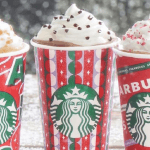