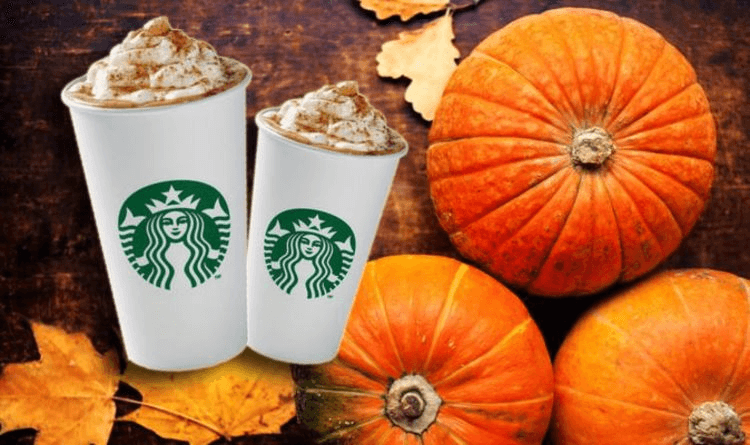 Pumpkin spice items are seasonal and based on the Starbucks fall menu. When does pumpkin spice come back to Starbucks is something lovers of the flavor ask, and we’re here to answer.

Halloween and Thanksgiving are top of the list when it comes to uniquely American holidays, and having a pumpkin spice latte in my hand at some point is tradition. I can’t order Starbucks drinks all year round, but pumpkin and fall go well together. Starbucks does have the pumpkin spice menu, and throughout the years, it’s been coming back between late August and running through to November. During the pandemic, there has been a supply chain issue, but the company has been working to keep the traditional drink available since 2003, going for its loyal customers.

The Starbucks signature drink, Pumpkin spice latte, is available cold or hot and topped with a blend made from pumpkin pie spices and whipped cream. As per Starbucks, the PSL is the most popular seasonal drink, so it’s no wonder people are invested in knowing if the drink is available and when.

Starbucks does not serve pumpkin spice all year and has it for the fall season. However, their pumpkin spice menu sales begin at the end of summer, and no one has a problem with that. Until the weather turns chilly, people enjoy the flavor of ice pumpkin-spiced drinks, given that’s what the summer heat calls for. The drink is made of the Starbucks Espresso Roast spices, and the syrup used is pumpkin pie sauce.

Why is pumpkin spice only seasonal? 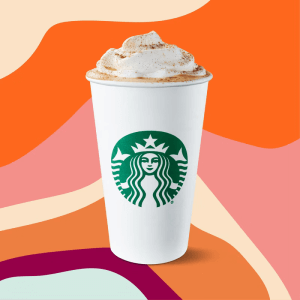 The simple reason that pumpkin spice is seasonal is in the name. The item falls in the fall menu and has a start and end date, mainly while stocks last, depending on your location. Overall, making the pumpkin spice a seasonal habit is a good marketing idea. Pumpkins could be available all year round, but Starbucks finds more value in paring items with their appropriate seasons, such as the use of pumpkins during Halloween and Thanksgiving.

How long is pumpkin spice available at Starbucks?

Pumpkin products mark the start of the fall season, and Starbucks is no exception. The brand typically starts the pumpkin spice menu in late August or September to bring you the favorites of Pumpkin Spice Latte and Pumpkin Cream Cold Brew and other pastries. Overall, pumpkin spice is synonymous with the fall menu.

Pumpkins are somewhat of a Halloween trademark, and that’s why once the holiday passes, Starbucks moves on to the following seasonal menu. Pumpkin spice is only seasonal because it pairs well with pumpkin pie, a US staple desert suited for Thanksgiving at the end of November. Pumpkin spice tends to run out quite quickly, given it’s an autumn favorite. Once the Christmas season rolls in, the Autumn menu where the pumpkin spice drinks belong exists to give way to festive drinks. 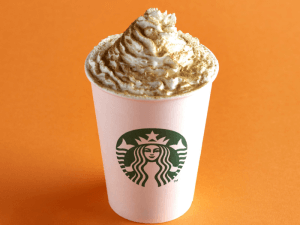 Starbucks stops serving pumpkin spice drinks in early November, to be precious, the first of the month to make way for Thanksgiving. However, not all locations stop serving the drink altogether. The typical time that Starbucks and their loyal customers stop asking for pumpkin spice is usually after Halloween, but some continue to ask for the same long after. What dictates how long the drink will be in stores depends on the supplies and the location. For the most part, the pumpkin spice disappears from the menu in December, right before the Christmas season.

If you still want a pumpkin spice drink, then there are hacks to get the same off the Starbucks menu. When making your order for a latte, ask for a cinnamon dolce syrup, whipped cream, and a sprinkle of cinnamon at the top.

There is an allure to knowing that pumpkin spice at Starbucks is only available at certain times during the year. The idea of a seasonal menu makes for a great way to wind down the year, and that’s what Halloween and Thanksgiving do for many. I might not be able to get a pumpkin spice latte all year round, but I am thankful that there’s a taste alternative I can get when I want to remember the good times I had in Autumn.

What month does pumpkin spice usually come out?

Pumpkin spice usually comes out in late August and, in some areas, late September.

Why did Starbucks cancel pumpkin spice?

The company did cancel the pumpkin spice but momentarily due to the COVID-19 lockdown. It was still using up stock from the lockdown, in this case, the toffee nut, and chose not to get more pumpkin spice despite the latter’s popularity. However, in 2021, the company brought back pumpkin spice.

No, Starbucks does not always have pumpkin spice lattes. They are preserved for the fall menu. 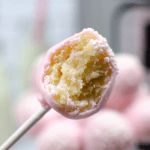 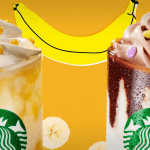 Does Starbucks have bananas? (Can you get bananas at Starbucks? + More information) 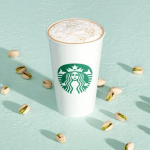 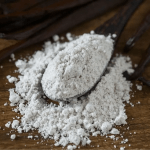