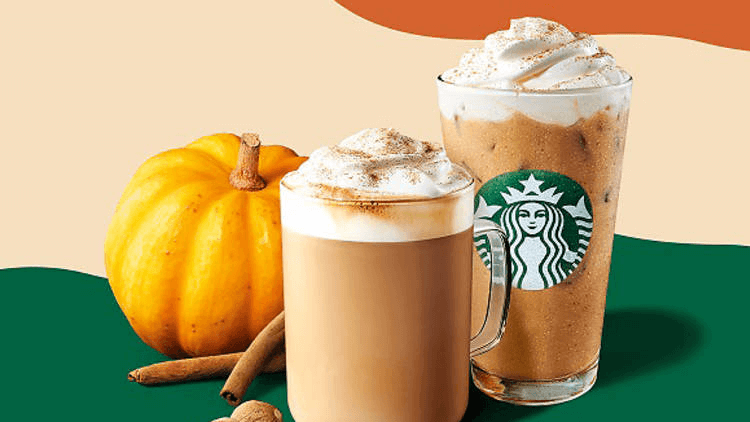 Are you tired of waiting for fall so you can enjoy your favorite Pumpkin Spice Latte from Starbucks? Well, here is a recipe that you can try at home to recreate the drink and enjoy whenever you want; read on for more!

I’m not a big fan of pumpkins, but when it comes to the Pumpkin Spice Latte from Starbucks, I can make an exception. Ever since its debut, many people all over the world have been crazy about this drink. I never understood why until I sipped it. This drink is what the Fall season is all about, and it is what I look forward to every Fall season, counting down to when Starbucks puts it back on the menu.

This can sometimes be frustrating when it’s only March and I’m craving my Starbucks PSL. On such occasions, I turn to one of my closest friends, who’s worked at Starbucks for about 5 years now. She came up with a recipe that replicates the drink to the tee. I’ve been nagging her for years to share the recipe with me, and recently she finally caved.

Now I don’t have to wait till fall or my friend’s off days to enjoy some delicious Pumpkin Spice Latte. In this article, I’m going to share this recipe with you so you can also enjoy this amazing drink in the comfort of your home whenever you feel like it.

There is no question that the Pumpkin Spice Latte (PSL) is one of the signature drinks that defines the Starbucks brand, alongside the equally popular Peppermint Mocha. Since its debut, the Starbucks PSL has developed a cult-like following, with millions of people counting down every year to when the drink will be put back on the menu. While we are all big fans of the Starbucks PSL, have you ever stopped to wonder what inspired the genius creation of this delicious drink? Well, I have, and I found quite an interesting history behind it.

It all started in early 2003, when Starbucks wanted to replicate the success, it had received from its Holiday drinks, Peppermint Mocha and Eggnog Latte. As such, Peter Dukes, the director of espresso at the time, and his team were tasked to come up with a new drink that would shake the market. Interestingly enough, the Pumpkin spice is described as a flavor that almost wasn’t. When Dukes and his team did a survey, the results gotten back from their consumers was to do more cinnamon and caramel flavors. Pumpkin Spice was nowhere on that list. Luckily, though, the team included it because of its uniqueness.

After a series of taste-testing a bite of pumpkin pie and a sip of espresso, it was decided that it was the winning combination. Later in the fall of that year, Starbucks released the new beverage in 100 stores in Washington D.C. and Vancouver. Needless to say, it was an instant hit. So, much so that Starbucks released the drink nationwide in the fall of the following year. The popularity grew so much that Starbucks even trademarked the abbreviation of the drink, PSL, in 2013. 18 years later and the statistic of this drink’s success is staggering. With over 1.5 billion Instagram posts and over 200 million drinks sold worldwide, the Starbucks PSL has raked in over $1.4 billion in revenue for the company so far. 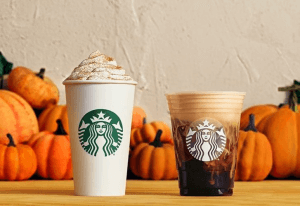 If you were to search for Pumpkin Spice Latte right now, the dominant brand that will appear is Starbucks. But it’s not because Starbucks was the first to create the Pumpkin Spice Latte. There were many cafes before it that tried out the drink, but weren’t as successful. But that’s because there is something about Starbucks PSL that you can’t find in others. That made me curious about what exactly is in the Starbucks PSL.

So, I did some digging and found that while other cafes use Pumpkin Spice syrup, Starbucks uses the sauce version. The Pumpkin Spice sauce is thicker and better mimics the flavor of pumpkin pie, which is what people are looking for in this drink. But this was due to a change in the recipe, Starbucks did in 2015, following a backlash, after being outed for using artificial flavors and no real pumpkin. After the change in recipe, the success of the drink skyrocketed even further. Now, you may be wondering, what are the ingredients in a Starbucks Pumpkin Spice Latte today?

This drink is available in four sizes. You can either order a short (8 fl oz), tall (12 fl oz), grande (16 fl oz), or venti (20 fl oz). I normally order a tall size or a grande size (when I have some extra coins). If it’s your first time giving the drink a try, then start with a short size, in case you won’t like it. But if you join the fan club and feel like splurging then go for the Venti, you can never have enough of the PSL. 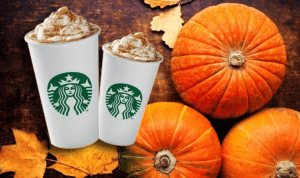 Despite Starbucks PSL’s popularity and success, it has been receiving a backlash over the years, especially from dieticians, who’ve labeled it an unhealthy drink. I won’t deny, that their claims do have some standing, considering the 390 calories a grande size of Starbucks PSL offers. That’s already the calorie count required for breakfast alone, for someone on the standard 2,000 calorie intake per day. But all things considered, the calorie count is mostly from the fat which makes up about 130 of the 390-calorie count. If you were to cut back on the size of the drink and maybe use non-fat milk and opt-out of the whipped cream, you’d be able to significantly reduce the calorie count.

Another concern is the high carb and sugar content of the drink. Total carbs in a grande serving are already 19% of the daily intake and the majority of it comes from the sugar which is about 50g. I do not mind the sweetness, even though it is admittedly too sweet, although not for a sweet tooth. If you have high cholesterol, however, I’d advise you to moderate your intake of this drink, given the significant level of cholesterol in a grande size.

While the calorie count may be high, what impresses me with the Starbucks PSL is its low caffeine content. A grande size only has 150 mg. Compared to other espresso-based beverages on the menu, this is one of the lowest when it comes to caffeine content. So, if your worry was how much caffeine you’d be getting, then this drink is perfectly safe. It will give you the same amount of energy boost as a cup of regular coffee, without overdoing it.

So, What Does Starbucks Pumpkin Spice Latte Taste Like? 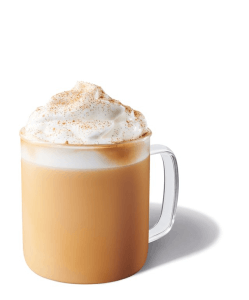 As I said, I am not a big fan of pumpkins. So, given the name, I expected that was the first thing I would taste with the very first sip I took. Surprisingly, the pumpkin wasn’t the first thing I noted. The flavor is a perfect balance of the pumpkin spice. You can feel equal hints of clove, cinnamon, and nutmeg. There is also a hint of the coffee, although subtle, under all the milk and sweetness. That works for me because I don’t enjoy overwhelmingly strong coffee. I rather prefer the soft mellow hints of it.

Overall, the Starbucks PSL tastes like fall season in a cup. Every sip reminds you of the delicious taste of homemade pumpkin pie and the colorful leaves of the fall season falling off. Simply everything that makes the season beautiful. I always feel like I am at home wrapped up in a cozy sweater.

Ways To Customize A Pumpkin Spice Latte At Starbucks.

There are very many ways you could customize the Starbucks PSL and make it your own. To begin with, working with the original recipe, you could play around with the calorie count by choosing a smaller size. You can also swap the milk for non-fat milk or any plant-based milk option available or opt-out of the whipped cream topping. As for the sweetness, you have the option of increasing or reducing the number of pumps depending on your preference. You can also play around with the number of espresso shots depending on how strong you want the coffee.

The customizations options are endless. You could always change the sauce or add a preferred syrup or sweetener. You could even change the topping options or add some cinnamon sprinkles or drizzles. If you ask me, I think that the Starbucks PSL is perfect just the way it is. The only time I tried customizing was when I added some Cinnamon drizzle to the topping. It was delicious, but otherwise, I wouldn’t want to risk changing the signature flavor profile of the drink.

For the pumpkin spice sauce:

For the Pumpkin spice latte

Yes, this delicious drink can be ordered at Starbucks every fall season, when the store releases its Fall Drinks menu around late August every year.

What is a healthy alternative to a pumpkin spice latte at Starbucks?

A healthier alternative to Starbucks Pumpkin Spice Latte is the Pumpkin Spice Chai Tea Latte. If still want the PSL, you could also try to use non-fat milk or plant-based milk instead. Or reduce the number of pumpkin spice syrup pumps added to the drink and skip the whipped cream topping. These choices will result in lower-calorie versions of the PSL.

What can you add to Starbucks Pumpkin Spice Latte?

Pumpkin Spice Latte is made of Espresso, Pumpkin Spice Syrup, and Steam 2% milk and topped with whipped cream. There are, however, a variety of syrups, sauces, and sweeteners you can add to the drink, to customize it to your taste. I would personally recommend adding a dash of cinnamon powder if you are a fan of the flavor like me.

No, the Starbucks Pumpkin Spice Latte is not a year-round drink. It is a fall drink and is offered during the Fall season. You will not be able to order the drink once the fall season is closed at Starbucks. 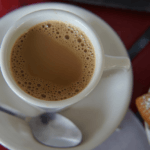 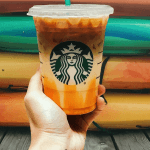 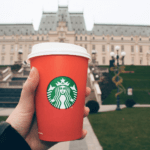 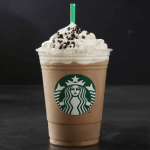