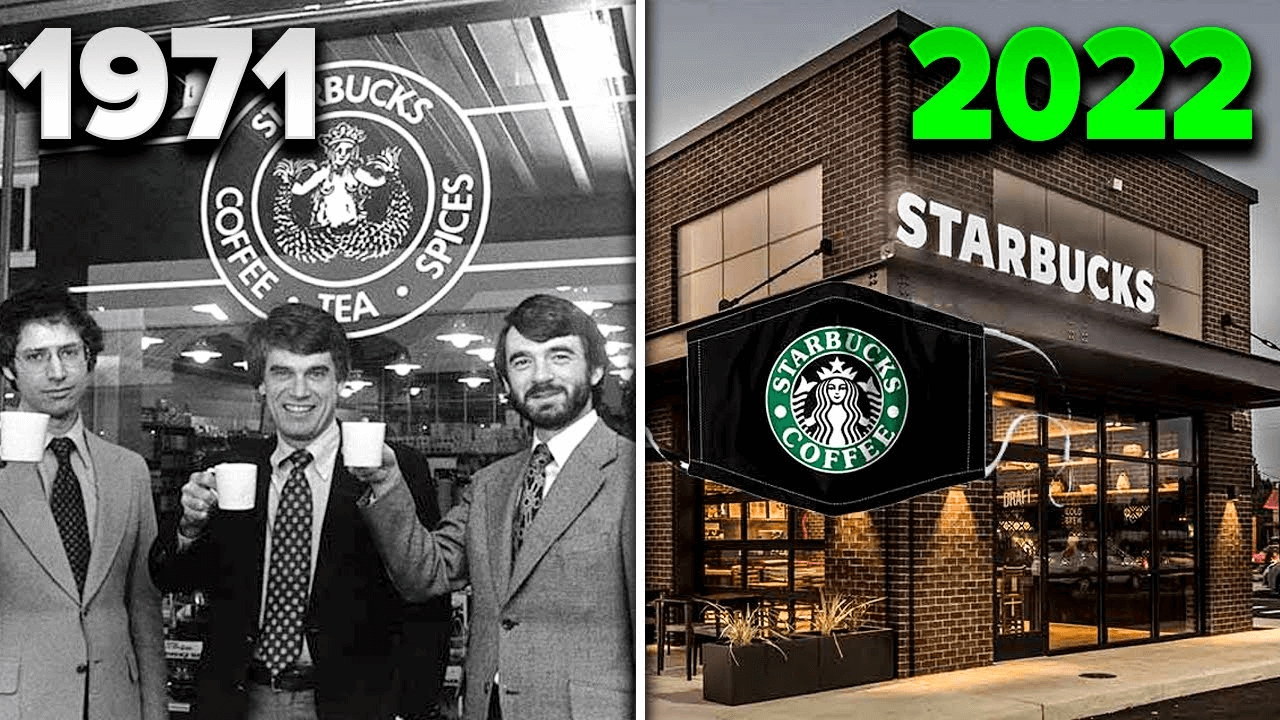 Many people wonder how Starbucks developed to become the world’s most successful coffeehouse chain. So, in this article, we’re sharing the history of Starbucks, the background of its iconic coffee shops, and more!

Starbucks, founded by Jerry Baldwin, Gordon Bowker, and Zev Siegl, first opened in 1971. Since then, the coffeehouse has had a long winding history of becoming the world’s best and largest coffee shop and a household name. In fact, today, every American learns about Starbucks before they can utter their first word. I’m certain I first visited Starbucks as a toddler (how could I know) because I’m American. But I couldn’t have my first Starbucks coffee until I was a senior, as my mother dictated. Now, in my 30s, I am a regular, and I love it there, like most Americans and people worldwide. I want to share a brief history of Starbucks, where it came from, and its brand background.

History and Background of Coffee Shops

What was the First Coffee Shop?

The history of coffeehouses began thousands of years ago. The world’s first coffee shop (a public place serving coffee), the Kiva Han, was established in Turkey in 1475 in Constantinople, now Istanbul. Many other coffee houses came up serving black, unfiltered, and strong coffee and where people gathered to drink coffee, play board games, and discourse. The Turks took coffee seriously and even established a law allowing women to divorce husbands who couldn’t provide enough coffee.

From Turkey, the idea of coffee shops arrived in Europe in around 1529 in Vienna, Hungary, established by Franz Georg Kolschitzky. Coffeehouses became popular and were known as “schools of wisdom” because of their type of clientele. The idea of Coffee shops then spread across Europe, including Damascus (in 1534), Constantinople (in 1555), reaching Italy in 1645, and England in 1652.

In England, the first coffee shop opened in Oxford in 1652, called a ‘cafe .’It was derived from French but with a Turkish root kahve, meaning coffee. The English called coffeehouses’ cafés to mean small coffee drinking establishments. Coffee eventually moved to London and spread across the country. Throughout the 17th C, most European countries adopted coffee and added cream and sweeteners.

Coffee then crossed the Atlantic into the Americas in 1668, where it was widely adopted. In America, the first Coffee House was in New York, the Tontine Coffee House (1792). This is today, the building hosting the New York Stock Exchange. From there, coffee and the coffee culture spread across the country. Espresso came in 1946 when Gaggia invented the piston espresso machine. The modern age of coffee and coffeehouses was born from this machine. It was first picked in Italy and spread worldwide in the 19th Century. This was also around the time when Starbucks was born.

History and Background of Starbucks 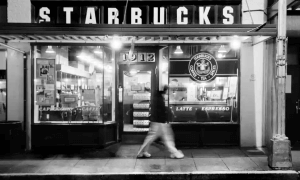 Why did they call it Starbucks? The three friends were academics. They chose the Starbucks name in honor of a classic tale, a coffee-loving first mate called ‘Moby Dick’ in Herman Melville’s. They thought the name evoked seafaring tradition and romance of the high seas and early coffee traders. This is what inspired the company logo: a twin-tailed siren (mermaid), encircled by the coffeehouse’s name.

In 1983, while he was on a business trip in Milan, Italy, Howard experienced the ambiance, artistry, and warmth of Italy’s coffeehouses. He was impressed and saw the potential to try a similar concept with Starbucks in Seattle. Howard returned to Seattle, inspired to try the Italy coffeehouse model, and by 1984 he managed to convince Starbucks owners to test the Milan coffeehouse concept in their downtown Seattle store. This is where they served the first Starbucks Caffe Latte in 1985 and created a journey towards a new experience and industry dominance.

By 1987, Mr. Schultz was the leader of a group of investors who purchased Starbucks through “The Daily”/” Il Giornale,” the company he started in 1985. The company acquired Starbucks and changed its name to Starbucks Corporation. He then tried to recreate his Milan experience, offering espresso beverages, and brewed coffee from pure Starbucks coffee beans in the atmosphere of an Italian coffeehouse in 17 stores across Seattle. This was the beginning of Starbucks’ transformation. They even swapped brown aprons for the current green ones as the company embarked on its next chapter as a corporate, international coffeehouse.

Soon, Starbucks would expand to Chicago and Vancouver, California, New York, and Washington, D.C. By 1989, Starbucks had 55 stores across the U.S. and Canada. By 1990, it expanded its Seattle headquarters and reached 84 stores. The growth continued as the company gained access to a store-in-store at Seattle’s International Airport (1991), completed an I.P.O. (1992), and opened a roasting plant in Kent (1993). In 1995, with 677 stores, Starbucks began serving new products (the Frappuccino and super-premium ice cream). Along with high-quality coffee and beans, Starbucks offered various specialty coffee drinks, hot chocolates, teas, merchandise, and limited food items.

In 1996, Starbucks crossed the Pacific and opened its first store in Japan, Europe in 1998, and China in 1999. As the 21st Century began, Starbucks grew exponentially to reach its current 34,000 stores in 80 countries worldwide. Their stores offer ambiance, with a clean, relaxing atmosphere for customers. Now, at only 51 years old, Starbucks has completely changed how people drink coffee in America and worldwide.

When was the first Starbucks opened?

What was Starbucks First Drink?

Starbucks Caffè Latte was the first-ever drink Starbucks served in 1984 as an experiment toward changing to a coffeehouse.

Does the Original Starbucks Still Exist?

When did Starbucks go Mainstream?

Starbucks went public in 1992 and soon became the largest premium coffeehouse chain in the world.