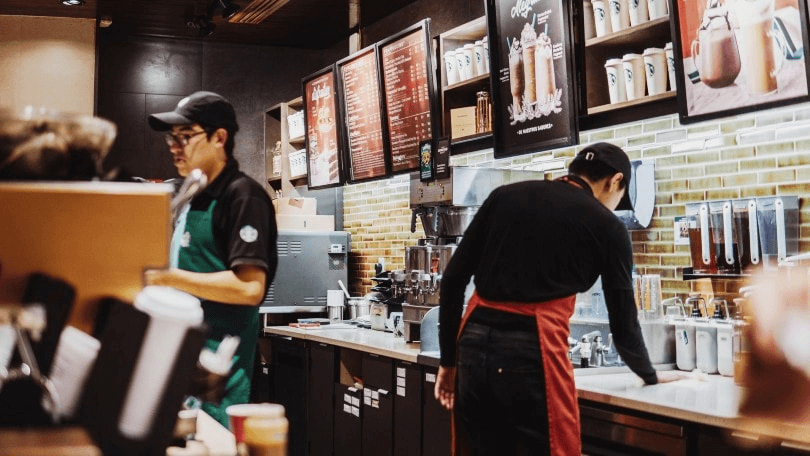 The amount that a Starbucks barista makes varies depending on their qualifications, skill level and the years of experience they’ve had in the field. The store’s geographical location and the pay requirements for that area will also affect a barista’s income. A barista’s hourly pay at Starbucks will range between $13 and $23 with the average pay being $15 for entry-level baristas. I love coffee and appreciate the skills required to craft different beverages. I did research recently, on the earnings of a barista at Starbucks and in this article, I’ve shared everything I discovered.

How Much Does a Starbucks Barista Make Per Hour?

Starbucks barista hourly wage rates range between $ 13 and $23. As mentioned earlier, the hourly pay varies depending on the skill and years of experience of the barista and the location of the store. The average hourly wage is between $15 and $17.

How much does a Starbucks barista make a month 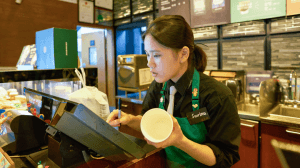 How much do Starbucks Baristas make on Part Time Salaries

Part-time Starbucks baristas’ earnings range from $15 to $23 per hour. On average, a part-time barista earns around $430 a week, approximately $1720 a month and roughly $20,640 a year. A barista at Starbucks is considered a part-time worker if they clock in for 25 hours per week or less.

What are Starbucks Barista yearly salaries in India

The approximated total earnings for a Starbucks barista in India is 14,424 Indian Rupees per month. A barista in India also earns additional pay from bonuses, tips, commissions or profit-sharing of about 6,209 rupees in a month. When considering the additional earnings and benefits, a barista at Starbucks in India can anticipate a total pay of around 20,532 Indian rupees per month. Yearly, the barista can earn approximately 178,356 Indian rupees.

What is Starbucks Barista average salary in Canada

Annually, a Starbucks barista in Canada earns around $29,835 or just about $15.30 per hour. This figure meets the national average. Entry-level Starbucks baristas earn around $ 27,792 while the well-seasoned baristas can earn as much as $33,326 per year. Apart from the hourly pay, the baristas can make extra cash from tips and bonuses.

How much do Starbucks baristas make in the United Kingdom?

The average income of a Starbucks barista in the United Kingdom is around £21,021 per year. The hourly wage ranges from £10 to £14. Beginner baristas are started with a salary of around £20,612 per year while experienced baristas can earn as much as £35,100 per year. The geographical location of the store highly determines the amount the barista will earn. 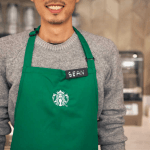 What does a Barista do at Starbucks? ( What are the duties of a Barista+ More Information)