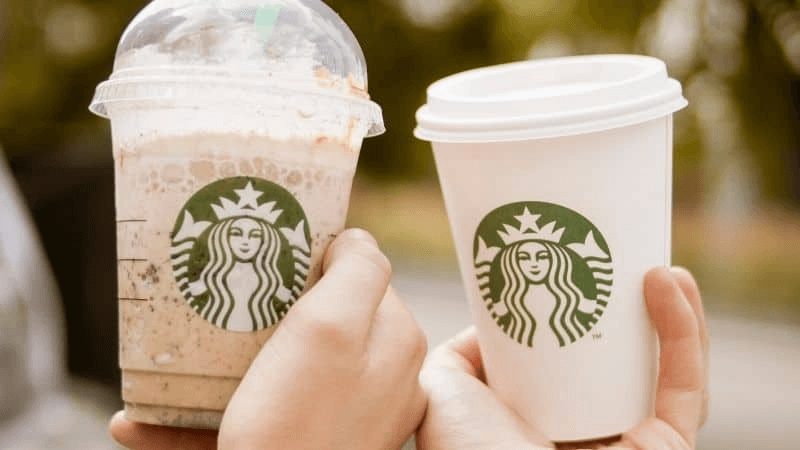 Starbucks’ branding is unarguably truly iconic, and the company has created a strong brand presence worldwide over the years. But what is the meaning of Starbucks?

The name Starbucks is a term inspired by Moby Dick, and the company explains that it evokes high seas romance and the nautical adventures of the earliest coffee traders. Ever wondered what the name Starbucks has to do with coffee? The company’s name has an interesting origin that you would never know just by reading the name out loud or looking at the logo. As often as you have passed by, and let’s be honest, visited, the coffee house, you most probably have not given the name Starbucks a second thought. Keep reading to learn what Starbucks means and how the company got its name.

How did Starbucks’ founder come up with the name?

Starbucks came to life in 1971 when the three founders, Jerry Baldwin, Gordon Bowker, and Zev Siegl, were brought together by their passion for coffee. With an idea and dream to establish a coffee chain, the founders needed to create a name that would perfectly reflect the company’s mission.

Just looking at a Starbucks cup does not hint at what the name is all about. Does the logo with the mythological creature has anything to do with stars which is the first part of the name? Or bucks? And why is Starbucks one word and not two words?

Well, all this began when the founders came together with Terry Heckler, an artist, to define the new brand in 1971 and introduce it to the world. The four individuals wanted the company’s name to suggest a link to the Northwest, depict a sense of adventure, and show a connection to the nautical tradition of the coffee traders.

One of the co-founders, Gordon Bowker, who was a writer, had proposed naming the coffee chain Pequod. Pequod is a familiar name to those who read classic novels, as it was a ship in the novel Moby Dick by Herman Melville. However, Terry Heckler objected to the name and insisted that the word was not as appealing.

So, the brainstorming continued. While the four researched, Terry Heckler presented an old map of Cascades and Mt.Rainier, which is one of the most famous landmarks near Seattle, the birthplace of Starbucks. They came across some mining camps on the mountain, and the name of one of the mining camps, Starbo.

The term Starbo led the team back to where they had begun, with Moby Dick. In the classic novel, the first mate on the Pequod, which was Captain Ahab’s ship, was Starbuck. And there, a brand was born, as all four individuals agreed it was a perfect name for the company. They included an s at the end to make it Starbucks since it sounded more conversational.

What does the mythological siren on Starbucks’ logo represent?

If you have looked at the Starbucks logo keenly, you have noticed that it is a two-tailed creature resembling a mermaid. The two-tailed mermaid is called a siren. Although it may seem like an unusual choice for a logo, the siren holds significant meaning for the company. A siren is perceived as a super mermaid; thus, it represents what Starbucks stands for, and that is superior and high-quality services and products. The coffee house wants its customers to see the logo and automatically understand that their drinks will be top-notch.

The logo also represents more than just coffee and stands for being good. The company believes in being good and giving back to the people, society, and the world at large. Starbucks stands by this virtue by treating its customers well, providing the best working environment to its employees, who it terms as its partners, and helping farmers globally in how it sources coffee.

Therefore, the logo is not just a decorative feature on your Starbucks cup but represents superiority, high quality, being good, caring for each other, and standing up for what you believe in.

What is the Starbucks font?

What does the Starbucks logo color represent?

Starbucks’ logo color is green, which the company changed from its initial brown color in 1987. The green logo color is commonly associated with peace and growth and represents Starbucks’ mission statement, which involves nurturing and inspiring people worldwide.

The company believes in the pursuit of doing good, and its purposes go beyond profit to creating a positive impact on the people and communities it serves. Starbucks’ inspiration is to remain people positive by investing in the well-being of everyone it connects with, from the customers, partners, and coffee farmers. Additionally, the company strives to give back more to the planet than it takes and continuously works towards eliminating waste, replenishing more fresh water than it uses, and eliminating less carbon. And the green color in the logo represents all these efforts of growth, peace, and sustenance perfectly.

What is the full name of Starbucks?

Starbucks is called as it is and does not have any additional names.

The three Starbucks founders, Jerry Baldwin, Gordon Bowker, and Zev Siegl, came together with artist Terry Heckler and came up with the name Starbucks, which was inspired by the classic novel Moby Dick.

What is Starbucks brand promise?

Starbucks promises to nurture and inspire humanity globally, one individual, one cup, and one community at a time. 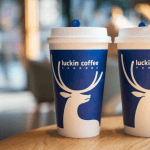 Luckin Coffee vs. Starbucks: what brand is better? 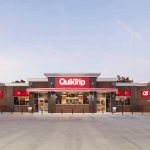 QuikTrip vs. Starbucks: who will win the coffee war? 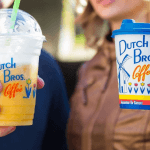 Dutch Bros vs. Starbucks: Which one has quality coffee? 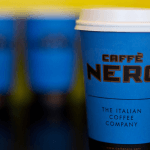 Starbucks vs Caffe Nero: who has better coffee?