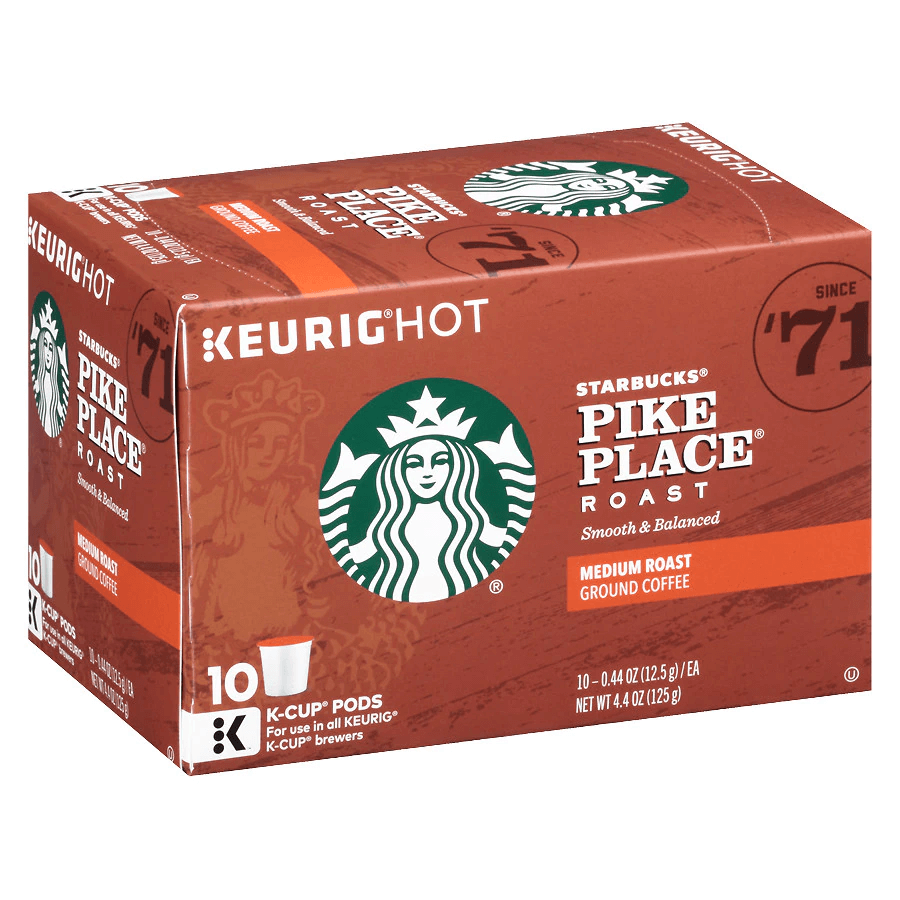 The Starbucks K-cups are the real definition of quick and convenient. The single-serving invention by one John Sylvan is your real deal for the office quick fix. Does Starbucks sell K-Cups in Store?

Yes, it does. Starbucks made the announcement to commence the sale of K-cups at the participating stores as Starbucks would deem fit. The announcement came in 2011. I was one of those who welcomed the news with much enthusiasm. As John Sylvan, the brains behind this great invention put it; it’s a single-serve mechanism for something addictive like a cigarette. I thought about the single use of a cigarette and it all made sense, no hustle and bustle of preparation. I love the ease of the Keurig cups and the efficiency of the Keurig machines as compared to the traditional drip coffee makers.

When did Starbucks introduce K-Cups?

The K-cups were introduced to Starbucks stores in November 2011. In the months that followed, Starbucks massively shipped a cool 850 million k-cup packs to various locations and e-commerce retail shops in a move that was pushed by strong demand for the product. In 2020, Nestle the leading distributor of Starbucks brands entered into a partnership with Texas-based Keurig Dr. Pepper Inc. intending to distribute the Starbucks branded k-cups to Canada and the United States. If you are thinking that Starbucks is the first to offer these sweet quick fixes, you are wrong.

Single-serve drinks have existed for more than forty years. Starbucks is the world’s leading seller of Keuring cups. As of July 2012, k-cups were available at all Starbucks retail stores in America. This is one of the most successful partnerships Starbucks has entered. The K-cups were aimed at ridding offices of the shared coffee pot that would easily get stale and unpalatable. This invention became a huge success that has seen its adoption by major brands such as Starbucks.

What’s inside a Starbucks K-cup Coffee? 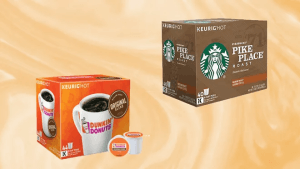 The Starbucks K-cup is comprised of a dark roast and a medium roast in a 12-pack. It has ground coffee safely sealed in a paper filter and held by a food-friendly adhesive. The micro-ground coffee Arabica is from Latin America. The cup is plastic and sealed with foil at the top to keep off moisture, light, and heat. Other measures to prevent spoilage are removing all carbon dioxide from the coffee beans that come as a result of roasting and exchanging the air in the cup with nitrogen.

The switch to nitrogen brings inertness which prevents the beans from going bad. There have been concerns over the use of plastic cups which are deemed an environmental hazard. Experiments to search for alternatives are still underway. The small cup is placed in a Keurig machine that does all the brewing including pricking the paper filter to allow water into the cup.

How Much Does a Starbucks K-cup Cost?

The Starbucks k-cups goes for $15.18 for a 32-pack. This is deemed as expensive compared to purchasing ordinary coffee pods. The k-cups are more expensive than ordinary ground coffee. A normal 12-ounce bag of ground coffee costs $13.15. A single-serve is only served once. If it’s a 32-pack, those are 32 cups. As for ordinary coffee, a 12-ounce bag is enough to make 62 cups of coffee.

If you look at the figures, it is twice as expensive to buy k-cups as compared to ordinary ground coffee. So, why are people still demanding the expensive k-cups? It is all about convenience and time-saving. People are willing to pay more for a quick fix both at home and at the office. Besides, you are likely to get a horrible taste when using the ordinary drip coffee maker if you are not an expert coffee brewer. As for the K-cups, the cup holds a measured amount of coffee. You are assured of getting the right taste of flavor.

The John Sylvan genius innovation has become a world sensation among coffee drinkers. The Starbucks version is made with coffee Arabica, the best coffee in the world. You can purchase the k-cups at any retail store and enjoy your coffee at home. The k-cup comes in blonde, medium, and dark roast with the dark roast being the strongest and most caffeinated flavor. It is usable in the Keurig machines. There are decaf options for the person who wants to steer clear of caffeine addiction.

Does Starbucks make pods for Keurig?

Yes, it does. The k-cups are compatible with Keurig machines.

Where else can you purchase Starbucks?

You can purchase your Starbucks k-cups at Amazon, Wal-Mart, and e-bay.

Yes, they are. They are made from polystyrene, a very strong plastic that is compatible with Keurig machines.