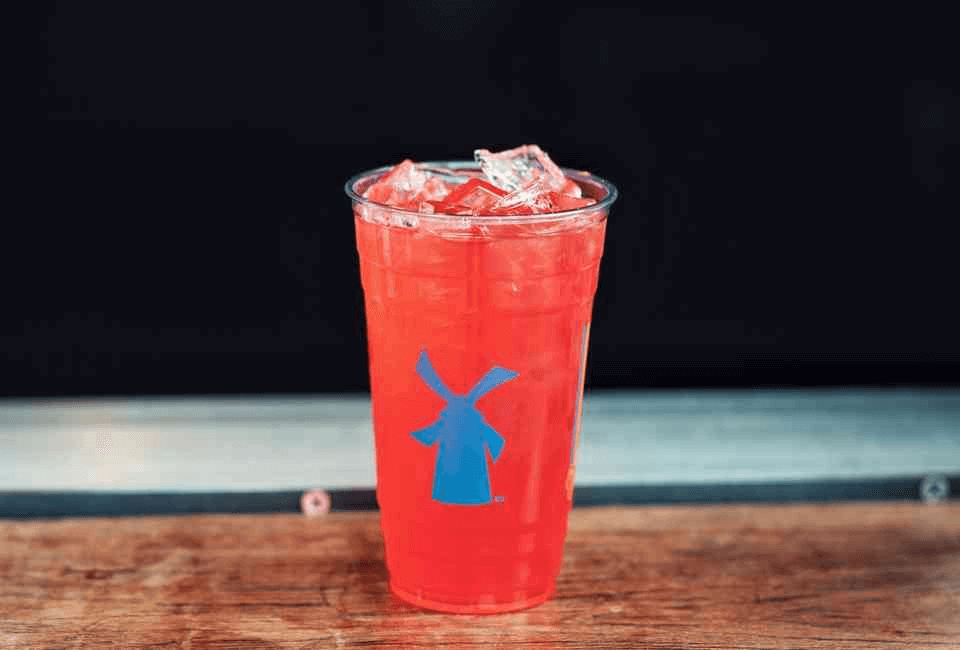 If you are a tea lover, Dutch Bros spoils you with a variety of options to choose from. Continue reading to know the best Dutch Bros teas you should try when you visit the restaurant next.

Dutch Bros offers a variety of drinks ranging from energy drinks, white coffees, cold brews to even teas. The coffee house has continued to gain popularity over the years thanks to its dedication to providing quality drinks and food items to customers.

Dutch bros is the second-favorite restaurant that I like visiting aside from Starbucks. I mostly love the white chocolate drinks and tea flavors this restaurant offers. My favorite tea at the coffee house is green tea lemonade. I love green tea lemonade on days when I am trying to maintain a low-calorie intake and when I am also regulating my caffeine intake. Additionally, this beverage is lightly flavored and the iced and lemonade added to it makes it refreshing, hence the perfect drink to enjoy on a hot afternoon. Stick around to get more information about other teas you should try when visiting Dutch bros.

What does Dutch bros use to flavor their tea?

Dutch bros use syrups to flavor their teas. Among the most common syrups used in Dutch bros teas include; coconut syrup, passion fruit syrup, raspberry syrup, classic syrup, and vanilla syrup. However, just because these syrups are common, that does not mean you are limited to only using these on your tea. You can order your tea at Dutch bros with whichever syrup you like. The syrup brand that Dutch bros use in their teas is believed to be from Torani brand due to the similarity in the taste and quality of the syrups.

What tea do Dutch bros use?

Dutch bros use Paris black tea or organic green tea. These tea are sweetened as Dutch bros infuse flavor in them while being prepared. They are of high quality, so Dutch bros teas are amazingly delicious and popular.

How we choose the best teas at Dutch Bros?

The main criterion we used to select these teas is their nutritional information. Nutritional content is key in everything we consume. Therefore, the drinks mentioned in this article have relatively low calories and carbs. Additionally, we chose the drinks that we considered had the best taste, as taste often reflects the quality of the drink. We did not base our drink choices on market statistics or the drink’s popularity. We went deeper to bring you the best teas that you really need to try out.

As mentioned above, this refreshing tea had to be at the top of the list. It is delightful and healthy, with significantly low amounts of calories. This beverage mainly features the Dutch bros’ signature green tea, lemonade, and ice.

The green tea used to make this beverage has a low caffeine content to boost your energy. Aside from the low calorie and carb content in this beverage, green tea is well known for its health benefits, which include regulating the body’s temperature and helping digestion. If you love a tea variation that is slightly flavored yet refreshing, try out the green tea lemonade from Dutch bros.

Peach tea came second to this list not only because of its beautiful flavor but because it comes in two variations, giving one the freedom to choose which one they prefer. Dutch bros can prepare your peach tea with either black or green tea.

The taste profile of this beverage resembles that of Arizona iced tea. It is a perfect drink option for anyone who wants to take a break from caffeine. Additionally, it has low calories and is perfect for anyone who is on a low-calorie diet. This drink can also be customized and made sugar-free hence becoming healthier. It features green or black tea combined with Dutch Bros’ signature peach syrup, hence its peach flavor.

If you love a sweet-flavored drink, then the unique and delicious golden eagle chai is for you. This drink features Oregon chai, breve milk, vanilla syrup, and caramel sauce and is topped with whipped cream and caramel drizzles.

This gives it a taste profile that combines a bold caramel flavor with hints of vanilla. Additionally, though this beverage has a relatively high-calorie content due to the whipped cream added as a topping, you can order it without whipped cream to make it healthy. You can also use non-fat or plant-based milk to make your golden eagle chai.

As its name suggests, this tea has a tropical flavor. It is made with either green or black tea, and blue raspberry syrup, passion fruit syrup, and coconut syrup are added to the tea. This beverage can also be served either hot or iced in three sizes; small, medium, and large. I love this beverage because the tropical flavor has just the right amount of sweetness to satisfy your sweet craving without the sweetness being overwhelming. You can also customize this drink by adding strawberry syrup to increase its tropical flavor’s complexity. A medium serving size of this drink has 160 calories, which is relatively low and within the daily intake limit.

This drink is not your regular type of tea, as just a sip of it will make you term it your favorite drink. Some people refer to it as the “late summer.” Its flavor resembles that of a mixed berry ice cream. This beverage made it to this list because its ingredients perfectly combine to create a delightful flavor, reflecting the high quality of the drink.

Though you can have this beverage with green or black tea, I recommend ordering it with black tea as the flavors blend perfectly well with black tea. The gem berry is simply a combination of black tea, raspberry syrup, and blackberry syrup. You can garnish this drink with a soft top for a smooth finish and a hint of vanilla taste. This beverage has 387 calories which is relatively high. If you want to keep this drink’s calories low, consider having it without the soft top.

Though most people only know the energy drink variation of the dragon slayer, the tea version of this drink is just as good, with a distinct berry flavor. It is also aesthetically pleasing with a bright purple appearance. The calories in this drink are relatively high, but you can reduce them by ordering your drink with sugar-free syrups.

Palm beach tea is a refreshing beverage with a taste profile that almost resembles that of candy. It is prepared with either green or black tea and features peach and pomegranate syrup. Additionally, you can either have this drink iced or blended. It is a perfect drink option for someone who loves a uniquely fruity-flavored tea. A large serving of this drink has 287 calories, which is within the daily limit and relatively low compared to the serving size.

Double Rainbro is among Dutch bros’ most famous drink variations, mainly because of its unique flavor. However, this drink did not make it to this list because of its popularity but because its flavor deserved mention.

It resembles a fruit smoothie and is ordered with black, specifically the Dutch Bros signature Paris black tea. The Double Rainbro tea is made with peach syrup, coconut syrup, strawberry syrup, and Paris tea. This makes its taste profile unique with bold hints of peach and strawberry. To get a variation of Double Rainbro tea that has fewer calories, consider ordering it with sugar-free syrups.

This tea is perfect for some who want to try a little lighter tea variation. When ordered with green tea, this beverage gives you a slightly sweet, citrusy flavor. It is light-bodied and refreshing, hence why it could not miss on this list. It is also best when ordered with coconut milk, as coconut milk heightens the general flavor of this beverage.

It features green tea, coconut milk, lime, and blue raspberry syrup. These ingredients are mixed perfectly to create a sweet, slightly flavorful beverage. However, if you find this drink not sweet enough, ask your barista to add classic syrup to it. Classic syrup with enhance both the flavor and sweetness of this tea. The calorie content in this drink is very low, and it has no cholesterol content. A medium serving of ocean tea has 160 calories.

Last but not least is the Paris tea. A simple drink with the rich taste of black tea. This drink is made for people who love their beverage with a taste of tea. It is healthy with very low amounts of calories and carbs and no fat content at all. You can also have it either iced or hot, depending on what you prefer. The only main ingredient in this drink is Paris tea hence its simplicity. However, there are endless ways you can customize the Paris tea to get something you prefer it. If you want to heighten its flavor and get a slightly sweet drink, consider ordering it with classic syrup. You can also order it with vanilla syrup to give its flavor some hints of vanilla.

How big is a large tea at Dutch bros?

The large cup size at Dutch bros is equal to 20 ounces. Dutch bros offer their drinks in three sizes, small, medium, and large size. The medium size is 16 ounces, while the small size is 12 ounces.

Can you get iced tea in a small cup at Dutch bros?

Yes, all teas at Dutch bros are served in three sizes, including a small. To order Dutch bros tea in a small size, simply inform your barista of the size of the drink you need when making your order.

All hot drinks at Dutch bros will take around 12 minutes before their temperature significantly drops.

Are there decaf teas at Dutch bros?

Yes, most of the teas at Dutch bros have low amounts of caffeine hence decaf.

Are there sugar-free teas at Dutch Bros?

Yes, Dutch offers some tea variations that are sugar-free. You can also customize any tea at Dutch Bros and make it sugar-free by simply asking your barista to make your tea with no sweeteners and use sugar-free syrups for flavor.

Can you customize Dutch bros tea?

Yes, Dutch bros allow you to customize your drink to create a drink variation that you love. 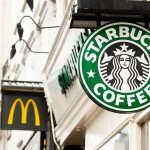 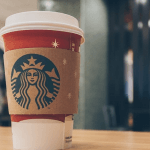 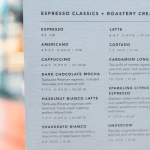 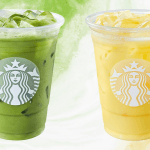