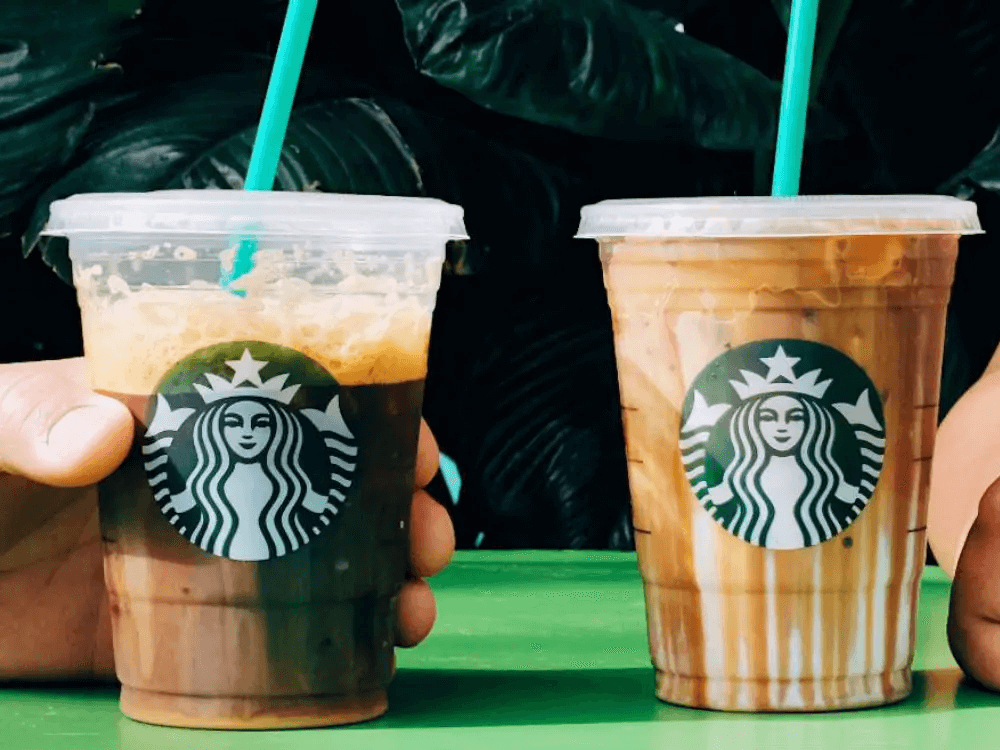 This led me to one of my favorite non-dairy options: Almond milk, which became a staple for me ever since I randomly decided to get it in my iced latte. If you are like me and wondering about the differences between almond and skim milk, you are in the right place; I talk about those differences and more things you should know.

What are the differences between Starbucks skim milk vs Almond milk?

Starbucks skim milk vs. Almond milk – How they compare

What it is made of

Compared to Starbucks almond milk, skim milk only contains non-fat milk and the addition of sugar to improve its taste. Starbucks almond milk contains a host of various ingredients, including almonds and water, and sugar for a slightly sweet taste. These ingredients are not necessarily unhealthy, but it is important to know that they are present to add to the flavor profile of this milk.

Because Starbucks skim milk contains fewer ingredients than Starbucks almond milk, it wins this category as it retains most of its nutritional value.

How it is made

Starbucks almond milk is relatively easy to make, as you only require a batch of almonds and filtered water. You make it by crushing the almonds, adding the water and other additives like sugar, then straining the mixture – the result is almond milk, which you can easily make at home.

Skim milk goes through a different process, as whole milk is put in a centrifuge machine operating at high speeds, and this separates the fat from the milk itself.

Almond milk wins in this category, since the process of making it is simpler and healthier, and it is easy to make it at home as well.

Due to its low sugar content, Starbucks almond milk has a nutty and rich flavor that makes your drinks delicious – especially if they are cold drinks. The only issue it has is its tendency to overpower the other ingredients in your drink, so it can be difficult to enjoy if you are consuming it with a dark roast coffee drink, for instance.

On the other hand, skim milk is whole milk without the fat – so it tends to take on a watery, bland taste. To offset its flatness, sugar is added to it when it is used to make your Starbucks beverage, so it will taste sweet yet watery, and it does not add creaminess to the final drink either. The advantage of it is its versatility, as it works well in both cold and hot drinks.

Almond milk takes the win here because of its richer taste that enhances almost any drink it is added to.

The case becomes slightly different if you are looking at these milk types from a nutritional standpoint, however. Skim milk has a similar profile to whole milk, as it contains higher amounts of proteins, amino acids, and minerals such as potassium, sodium, zinc, and magnesium, as well as a higher proportion of Vitamins A, B1, B2, B6, B12, and D.

It is a tough quest to decide which of the two is best for your nutritional needs, but skim milk wins over almond milk because of its higher nutrient content profile despite its higher calorie count.

Skim milk in Starbucks started becoming popular in the 1980s and 1990s when people began to pay attention to their fat consumption, as this was the time when people assumed that high-fat consumption made their bodies store more fat. Due to this reason, it became widely available and cheap to produce and add to various drinks, making it a cheap option for people that want to get the benefits of whole milk without the fat.

On the other hand, almond milk is among the more popular plant-based milk options at Starbucks that is mostly consumed by vegans and lactose-intolerant people, as well as people looking to significantly reduce their calorie intake. However, because it is made from crushed almonds, which are quite rare and pricey, the milk and any drinks containing it will be more expensive compared to other milk choices you have.

The winner of this category depends on your budget and whether you are willing to pay more for your Starbucks drink; so skim milk wins this category based on availability.

Compared to the high-fat whole milk option, skim milk is a low-fat alternative. It goes through processing to remove its fat content, so it contains lower calories while retaining the classic taste of whole milk. Starbucks also uses it as the default milk option in drinks unless you state otherwise because it is widely available and cheaper to use.

This milk type is best for you if you aim to gain muscle mass or body weight, are recovering from an illness, as well as if you do not mind consuming animal-based products.

Introduced in 2016, Starbucks almond milk is among the establishment’s plant-based milk offerings and is a part of the many tea and coffee drinks you can buy. Starbucks considers it a customized milk option, so it tends to be slightly more expensive even compared to other plant-based milk types, but the main advantage is it will not sacrifice the flavor of your drink.

This milk type works best for vegans, lactose-intolerant individuals, and people looking to cut back on their calorie intake.

Final verdict: So, which is better? Starbucks skim milk vs almond milk?

This depends on your goals because both options are great, and you should consult your doctor if you are unsure. Almond milk is best if you want to reduce your calorie intake or are following a vegan lifestyle, while skim milk is better if you want to save money, gain muscle mass, or increase your consumption of Vitamin D and other nutrients like protein.

Which one is best for losing weight between almond milk and skim milk?

Almond milk does contain calories, although these are lower than skim milk, making it a better choice for weight loss – especially unsweetened almond milk that contains 39 calories compared to skim milk’s 91 calories.

While both can taste good in hot drinks, skim milk works best because it swirls smoothly and can retain a slightly sweet taste even at high temperatures.

Between almond milk and skim milk, which one goes well with iced drinks?

It depends on the coffee roast you use. almond milk works better for iced drinks using a light roast coffee, while skim milk is best for medium and dark roast iced coffee drinks. 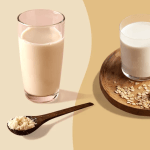 Starbucks Oat Milk vs. Almond Milk: which one is healthier? 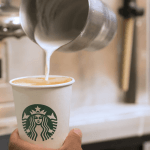 Starbucks coconut milk vs. almond milk: which one is healthier? 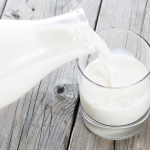 Starbucks nonfat milk vs. almond milk: which one is better?

Starbucks 2% milk vs. almond milk: Which One tastes better?