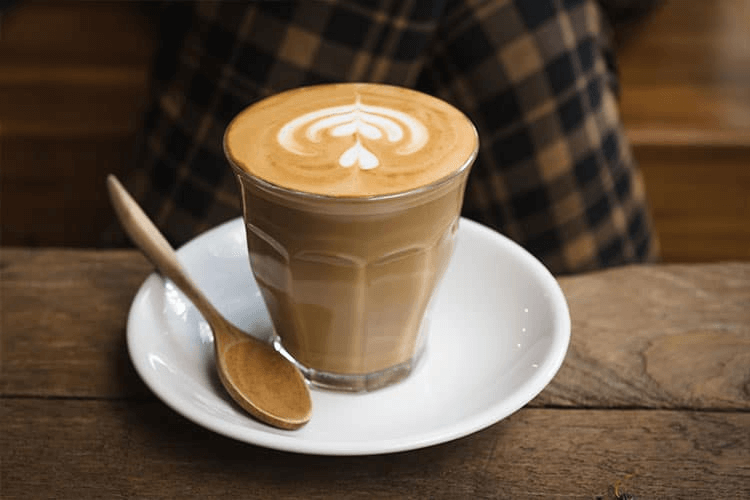 Starbucks is one of the giant coffee establishments in the world. If you love the frenzy of coffee drinks, you can always get the Starbucks Misto and give yourself a perfect enjoyment. But what is Starbucks Misto?

Starbucks Misto comprises equal parts of drip coffee as well as frothed milk. This drink is made tasty by the Starbucks baristas by brewing drip coffee stronger than usual. Additionally, they use dark roast to compensate for this drink’s watery mouthfeel. This is something I did not know until a few months back when I looking to have a delicious coffee drink. My cousin suggested I try the Starbucks Misto. Let’s just say Misto is now my favorite drink at Starbucks. So, if you are looking to enjoy a perfectly prepared coffee drink, Starbucks Misto is what you need.

Where did Caffe Misto come from (origin)?

The history of Caffe Misto excites so many people. Starbucks Caffe Misto sprang out around the year 2016. It is an adaptation of the French popular drink Café au lait. Café au lait got its origin in France, and it has different names in different geographical parts of the world. How this drink is prepared varies depending on the region and the coffee shop.

Now that you have some information about this drink’s origin, you can now appreciate the remarkable taste it has.

What is the Flavor Profile of Starbucks Caffè Misto? 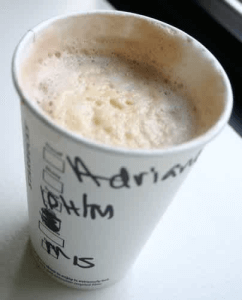 Starbucks Caffe Misto drives an appealing look that comes from the combination of coffee and milk. The drink contains a strong coffee flavor which can sometimes be bitter especially if it is made using a French Press. Steaming the milk allows the milk sugars to be more soluble which will bring forth a sweet blend. The texture of the milk in Starbucks Caffe Misto is remarkable since there is microfoam produced by the steam wand.

Starbucks Caffe Misto contains 150 mg of caffeine and 110 calories per serving of a Grande (16 fl oz) size. The 150 mg of caffeine is in equal amounts to two shots of espresso. The 110 calories comprised 10g of carbohydrates, 7g of protein, and 4g of fats. However, the number of calories will differ if you choose dairy milk or whole milk substitutes such as soy milk, oat milk, or almond milk.

What is the Starbucks Caffe Misto made of (ingredients)?

Starbucks Caffe Misto contains only simple ingredients. Its major ingredient is composed of brewed Coffee and milk. It is the half-brewed coffee that is mixed with half-steamed milk to produce this sweet drink at Starbucks. The milk and coffee are mixed in a one-to-one ratio. To adjust the flavor of the drink you can choose different roasts.

How to Make Caffe Misto at Home 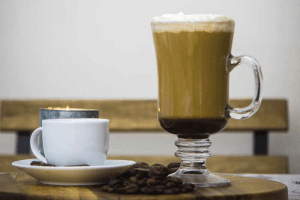 If you love Starbucks Caffe Misto you can make it at home. What you need is a way to steam milk and brew coffee. You should consider brewing your coffee strong using a quality dark roasted blend that has strong flavors.

You should find a way to steam your milk. I recommend using an actual milk-steaming device, but you can also steam your milk on the stove. You can follow the below steps to make your coffee at home.

Step Two: Steam the milk. If you are using a stove ensure you constantly stir the milk until it attains temperatures of between 175-190 degrees.

Step Three: Into a large cup pour coffee in it halfway and fill the remaining half with steamed milk.

Step Four: If you can get a milk steaming device, you should prepare some frothed foam which can be added on top. Enjoy!

How to order a Misto at Starbucks

You can order your Misto at Starbucks in stores or online. to order for Misto instore tell the barista the size you want and make customization like asking for 2% milk, milk foam, and steamed. When using the Starbucks app, simply place an order for brewed coffee, and under the milk option, choose whole milk, add milk foam and steamed hot and select location and place an order.

Many a time you can customize your Misto by using different types of roasts or by adding toppings such as mocha drizzle or whipped cream.

Yes, it is good. You can always enjoy this delicious drink that has a strong coffee flavor. If you love coffee you will enjoy this drink.

Does Starbucks Cafe Misto have sugar?

Yes, it does. Starbucks Caffe Misto has sugar it contains 10g of sugar from milk however it is made with no added sugars.

How many shots of espresso are in a Misto?

A Grande and Venti size are made using 2 shots of espresso.