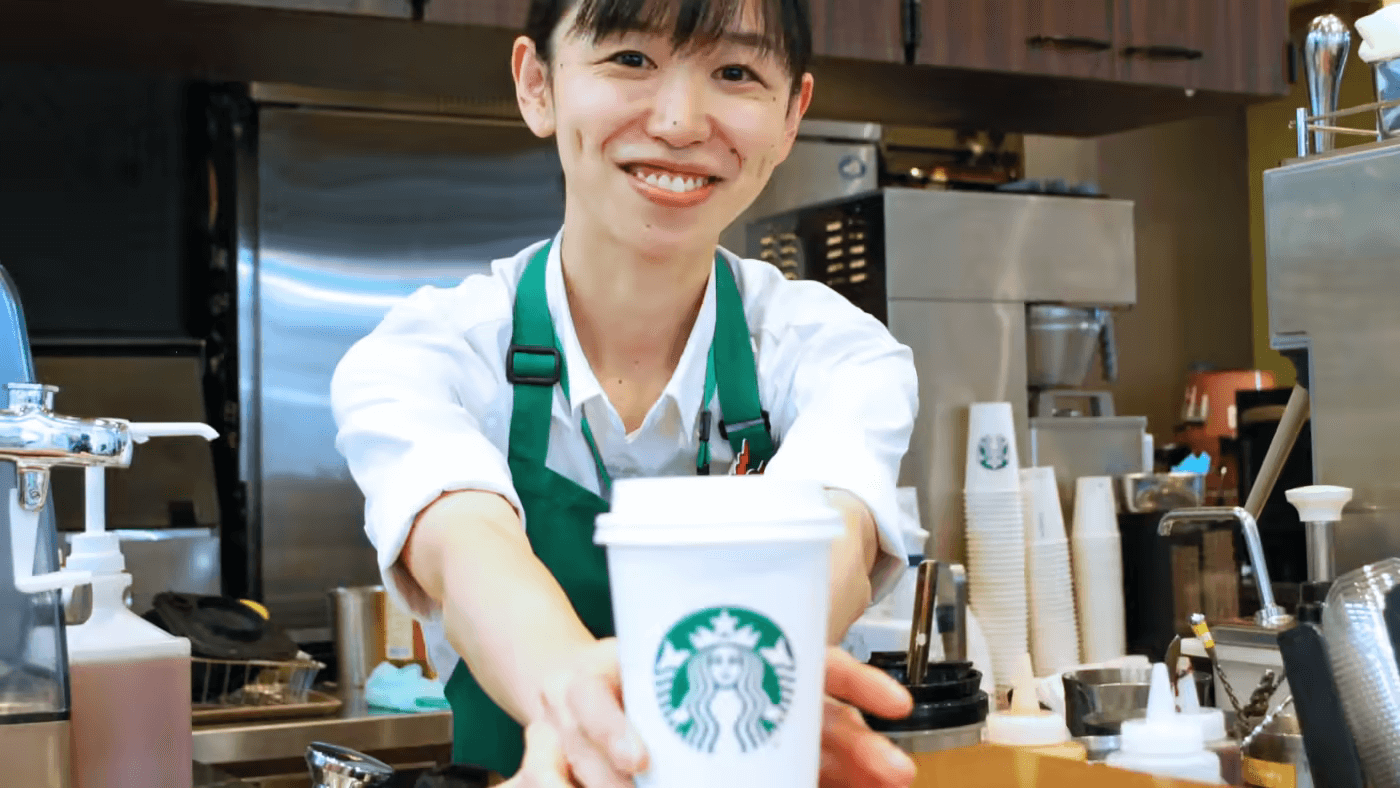 Starbucks has many establishments worldwide, from the United States, United Kingdom, Africa, and Asia. If you are interested in knowing the Asian regions with Starbucks, you may be wondering; is there Starbucks in Japan?

Yes, there are many Starbucks stores in Japan, with the number being over 1600. When I visited Japan a few years ago, I realized that the people also love Starbucks, and there are many stores, especially in major cities such as Tokyo. Here, I have provided a comprehensive guide to Starbucks in Japan, showing some of the locations, menu, prices, and many more. Enjoy.

Starbucks is highly loved in Japan. Since Starbucks opened its first store in Japan in Ginza in 1996, the number of its stores has grown steadily. In less than three decades, Starbucks has opened more than 1600 stores in Japan. Given the numbers, without a doubt, the institution is very popular in the country.

The Starbucks stores are evenly distributed in all major cities and towns across the country. Japan’s capital, Tokyo, has the highest number, with approximately 317 Starbucks stores in the capital.

Are you a genuine Starbucks lover? Japan boasts some of the most alluring Starbucks locations worldwide. Japan has unique stores with a local touch but the same Starbucks quality.

The table below shows opening and closing hours, physical addresses, and email and phone numbers of Japan’s 50 most popular Starbucks shops. Whether you are a genuine coffee lover, these stores are worth visiting.

How much does Starbucks pay its employees in Japan?

Is there a Starbucks drive-thru in Japan?

Yes, there are many Starbucks drive-thrus in Japan. An example is the Starbucks AEON Town Yomitan Shopping Center.

Starbucks menu and prices in Japan

Starbucks in Japan offers a variety of items on the menu. The Starbucks Japan menu catalog is noticeably different from the United States and United Kingdom’s menus. The menu consists of two categories, including the drink/beverage menu and the food menu. Under the beverage menu, there are seasonal recommendations, coffee, espresso, frappuccino, tea (Teavana), and others. Under the food menu, there are seasonal recommendations, dessert, pastry, sandwich, packaged food, and other foods.

You can order any of the items and pay in advance from the web or the Starbucks app. You simply choose the product you want, make your customization, choose the preferred size, order, and pick from the store.

Listed below is the Starbucks Japan menu with the prices.

Starbucks does not offer a delivery option in Japan. Customers can order through the Starbucks app or the web, make payments in advance, and pick up their orders from the store.

Why is Starbucks so popular in Japan?

It is without a doubt that Starbucks is very popular in Japan. One of the reasons Starbucks is popular is because it was the first coffee shop of its kind in the country. It had features such as different beverage sizes, brewed coffee, customizable orders, different milk selection, and so on, which were completely novel in Japan.

Starbucks in Japan is also a place for everyone, from couples on dates to travelers, remote workers, students, and business people. The company accommodates everyone, and this universality is also seen in the price point.

Features of the Japan reserve (décor and design)

Your visit to the largest Roastery in the World begins here. It is here that coffee meets craft. You will have the rare chance to experience the coffee bean to cup journey. Enjoy signature creations and roastery-created espresso beverages, an alchemy of captivating brewing methods.

Additionally, you will find bread, pastries, and artisanal pizzas prepared without compromise. Features on this floor include the main bar, copper cask, clacker board, symphony pipes, Princi bakery, and roasters.

Starbucks Reserve dedicates this space to Japan’s long-standing love for tea. Here, the store reimagines tea through unique brewing systems, tea-inspired cocktails, and mixology. You have the chance to purchase Starbucks Reserve’s serve ware and other tea accessories. The accessories will help you to come up with and enjoy your own Teavana experience.

The most noticeable features on the floor include the Teavana bar and merchandise, Washi wall, Teacup wall, and Origami ceiling.

The third floor is a continuation of the coffee creation experience and mixology inspired by discovery. Here, you will see how Starbucks Reserve is driven by its continuous need to explore, innovate and care for every beverage they serve. Features on this floor include an Arriviamo bar, Card Wall, Outdoor Experience, and cold brew silos.

The floor hosts the Starbuck Reserve AMU Inspiration Lounge. In this space, you can hold discussions with peers and friends and hold an impromptu meeting as you reflect on coffee and its journey from bean to your cup.

What Are the Most Unique and Beautiful Starbucks in Japan?

Does Starbucks Japan have free WIFI?

Yes. A majority of Starbucks stores in Japan have free WIFI.

Are there power outlets in Starbucks, Japan?

Yes, Starbucks in Japan provides customers with power outlets to charge their gadgets. The power outlets are strategically placed at every seat along a counter as well as near tables.

What is the busiest Starbucks in Japan?

The busiest Starbucks in Japan is Starbucks Shibuya Scramble Square. The Starbucks overlooks the popular Shibuya Crossing in Tokyo. It is one of, if not the most photogenic places in Tokyo.

Where is the largest Starbucks in Japan?

Starbucks Reserve Roastery Tokyo is the largest Starbucks in Japan and the World. It is a massive four-storey and serves not only coffee but also desserts, teas, pizzas, and cocktails. It is located in the heart of the Naka Meguro neighborhood in Tokyo. It is open daily from 7:00 am to 11:00 pm.

Where is the oldest Starbucks in Japan?

The oldest Starbucks in Japan, the Ginza Matsuya-Dori store, was opened in Ginza in 1996. Its wide windows and chic exterior sets it apart from other coffee stores in the area.

How old do you have to be to work at Starbucks in Japan?

You must be 16 years old to work at Starbucks in Japan.

What is the highest pay at Starbucks in Japan?

The highest pay at Starbucks in Japan is for the role of Regional Vice President, who is paid $288,533 per year.