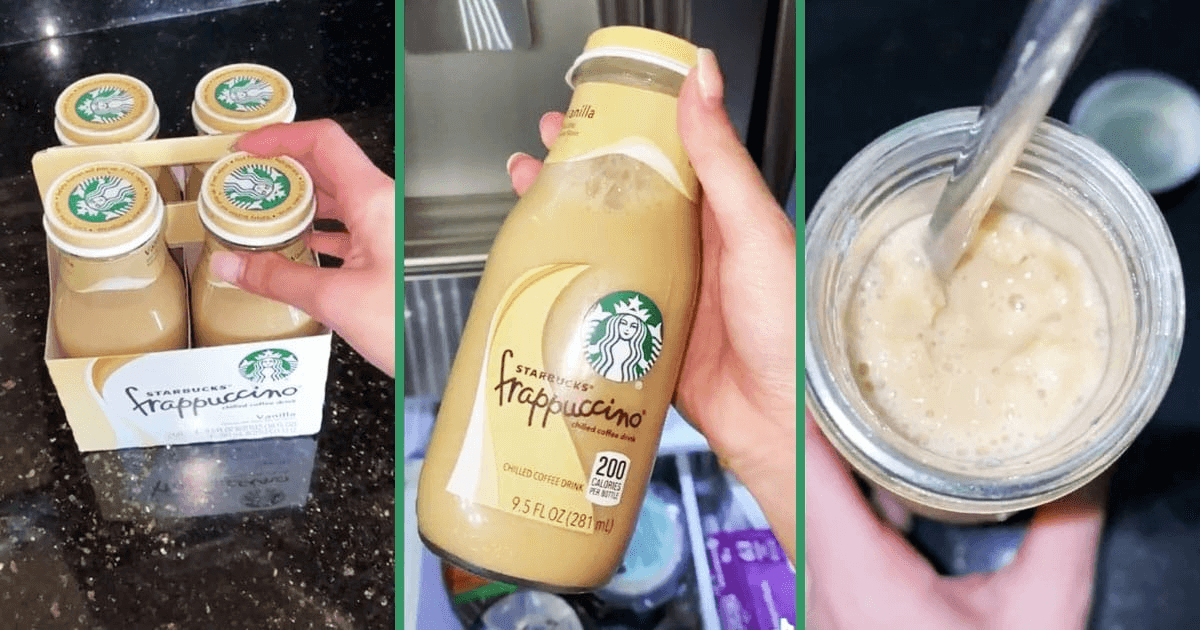 In defying the common odds of taking hot coffee, I can get a Frappuccino at any time of the day. This Starbucks drink comes with style. Blended with your desired flavor and ice, it quenches your thirst for a good beverage drink. In the summer of 1996 when Starbucks introduced the bottled Frappuccino in the stores, I loved it the more.

There were no more hassles with the cup holder or where to place my Frappuccino when in transit. With the bottle, I just roll it over the dashboard as I hit the road. Even better it comes with so many alternatives.

Starbucks boasts of Frappuccino presented in a styled glass bottle. The most common alternatives would include flavors like Mocha Frappuccino, Vanilla Frappuccino, caramelized vanilla, and toasted white chocolate, among so many other choices, some of which are only available in selected regions.

Do you want to learn about other bottled Frappuccino alternatives? If so, Keep reading to find out the best there is and you may just consider making these your preferred beverage of choice from Starbucks. 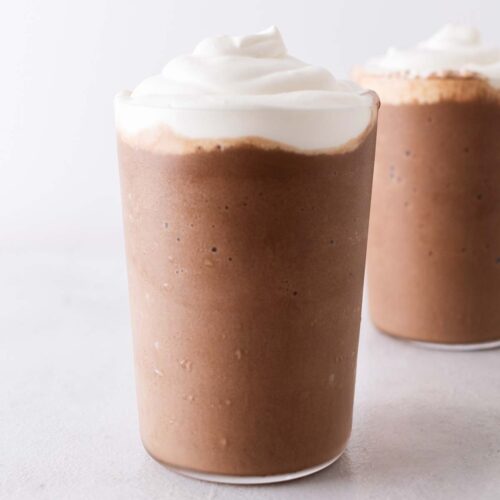 This is the most common bottled Frappuccino at Starbucks. The Mocha is a blend of mocha sauce, coffee, and low-fat milk. Served so creamy, it is a preferred chocolate drink on the go for most chocolate beverage lovers. A standard bottle of this, (9.5oz) comprises 180 calories and caffeine levels of 110mg. larger bottles like the 13.7oz will serve you 270 calories.

Starbucks makes this drink by freezing a blend of ice, low-fat milk, coffee Frappuccino syrup, instant coffee, and mocha sauce. The result is a satisfying creamy coffee beverage with a final cream whip on top.

For lovers of chocolate, this is the best you can take off a Starbucks shelf or store. You can grab this bottled Frappuccino on the go, which makes it the best one for a fixed schedule. It is considered the richest in the flavor of most Frappuccinos. This bottled Frappuccino is added a splash of cold brew to give it an even stronger coffee flavor. A 13.7oz bottle contains 290 calories and caffeine at 90mg.

A caramel bottled Frappuccino comes with a rich buttery caramel flavor that mixes so well with the taste of coffee for a heavenly coffee taste experience.

Served in a 9.5oz bottle, your caramel Frappuccino will give 210 calories and caffeine content of 65mg. The 13.7oz in turn would give you 290 calories and 90mg of caffeine.

At Starbucks, caramel Frappuccino is made by blending their standard espresso with caramel syrup, ice, and milk. The aim is to achieve a chunky, icy drink. The resulting mixture is topped with whipped cream and a drizzle of caramel sauce.

This remains to be one of the most popular Starbucks flavors. It comes with unique pumpkin notes in its flavor and is easy to store at home. Bottled in a 9.5oz, the pumpkin spice bottled frappuccino will give you 45mg of caffeine in 210 calories.

This is a bottle of blended low-fat milk, coffee, and vanilla essence. Stored in a 9.5oz bottle, you will enjoy a Starbucks beverage with 200 calories and 75mg of caffeine. Considered a sophisticated vanilla shake, this delicious cream-based drink is commonly known as ice cream heaven in a cup. This delicacy is made from brewed Starbucks coffee, reduce fat milk, maltodextrin, pectin, sugar, and natural flavors.

The mocha coconut bottled frappuccino contains wheat. One among the very few Starbucks drinks with wheat. If you are allergic to wheat or gluten, you may want to avoid it. This drink also has sodium bicarbonate, calcium phosphate, and sodium aluminum phosphate.

This beverage from Starbucks contains a rich chocolaty taste ad coconut flavor. A 13.7oz contains 300 calories and 6mg of caffeine.

This is a non-dairy mocha, suitable for lactose intolerant individuals who aim for a low-calorie drink without whole milk. It has fewer calories compared to the regular bottled mocha. A 9.5 oz has 120 calories as compared to 190 calories in the same bottle size for the regular mocha. The caffeine content stands at 70 mg for the almond milk mocha in a 9.5oz bottle and 150mg for a 13.7oz bottle

Starbucks is arguably the best store for bottled Frappuccinos, coming in different flavors and aesthetic bottles. The choice remains with the customers on the flavor that best suits them. Note that all the bottled frappuccinos listed here can still be ordered the same way from a Starbucks store or a supermarket on the go. Starting by indicating the size, the flavor, and then the specifications you would prefer. There is a wide range of choices that make it even better as those who are on a diet can get a bottle that suits their health preference. 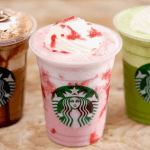 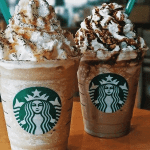