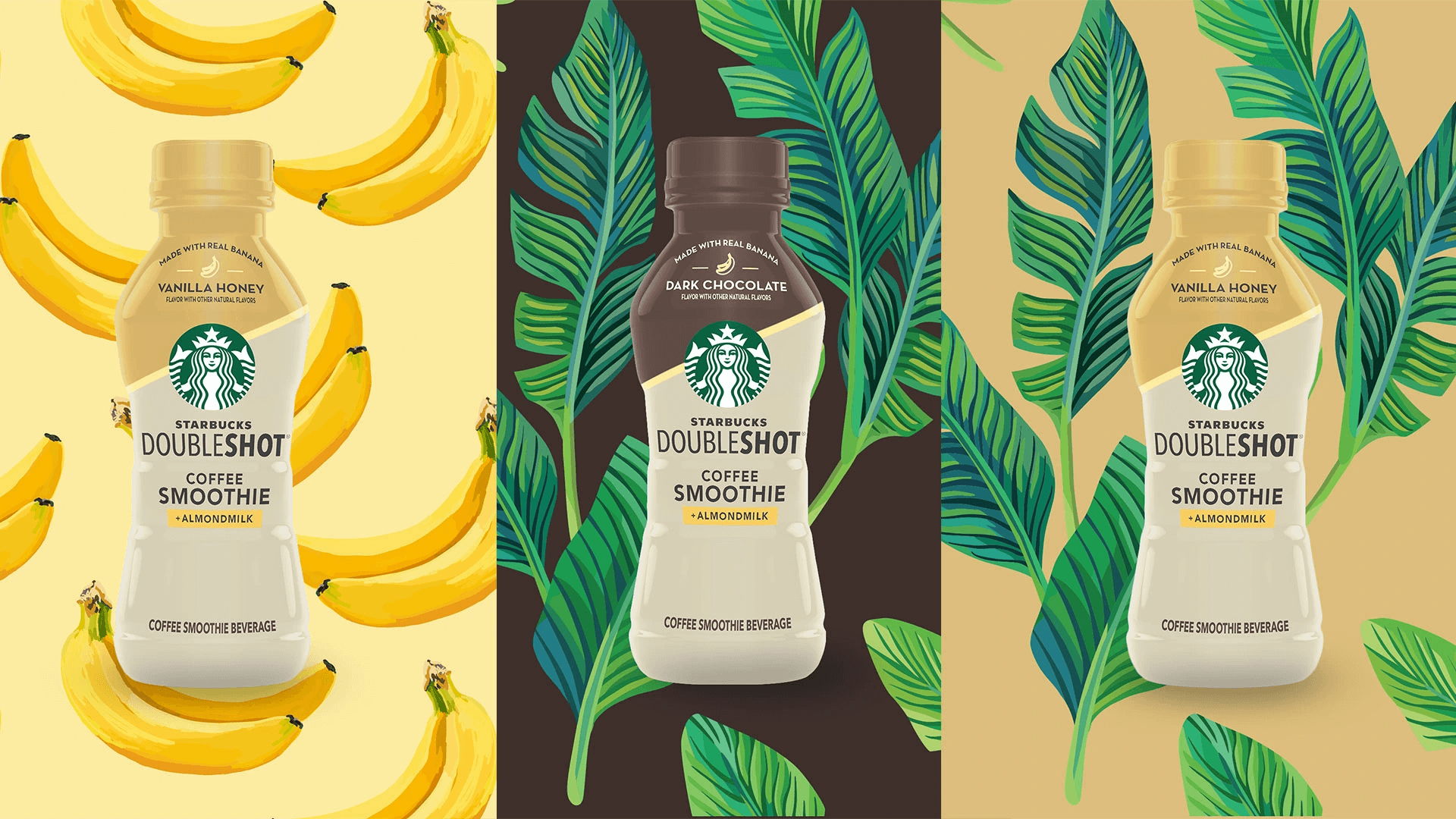 Smoothies are known for their delicious taste and health benefits. The Starbucks coffee smoothie is not exceptional, and you can make it yourself.

I hope you enjoy smoothies as much as I do, and even if you don’t, trust me, you will enjoy the Starbucks coffee smoothie when I teach you about it. I learned about the smoothie from a friend. She had ordered the smoothie, but she did not take it immediately. She forgot it in my car, and with her permission, I tried it for the first time. I couldn’t believe I was taking a smoothie; it was amazingly tasty. I immediately ordered my own, and my love journey with the Starbucks coffee smoothie began. I learned how to make it at home out of my love for the smoothie, and I will also teach you the ingredients and how to make it at home.

Smoothies are believed to originate from Brazilian recipes. The Brazilian recipes that formed smoothies have been available in the US since the 1930s. In the US, smoothies became popular in the 1940s, with pineapple smoothies being the first to be made. Between the 1940s and the 1960s, the commercialization of smoothies began with cafes serving them alongside meals. By the 1990s, companies had started to bottle and sell them in groceries. 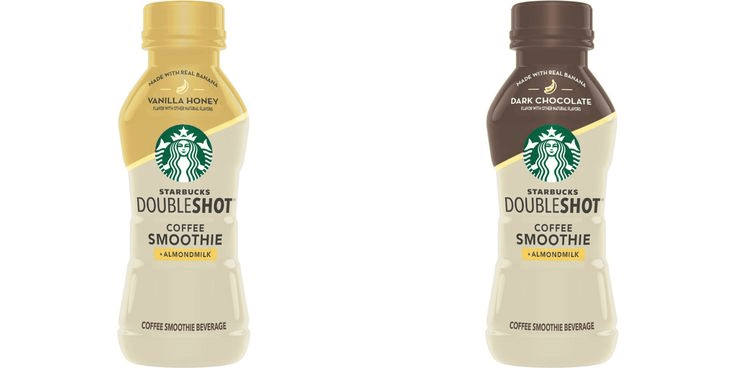 Most people are curious to know the ingredients in a portion of food they like or are about to try. I am among those that must check the ingredients. I do so to understand the nutritional value of the product and understand the health impacts it is likely to cause in my body. Finally, and most significant, I do it because I like to try making my favorite meals and drinks at home. The simple Starbucks coffee smoothie is made of frozen yogurt, nonfat milk, Starbucks VIA instant French roast coffee, banana, and ice. However, Starbucks also has a more complex coffee-based smoothie called Starbucks Doubleshot coffee smoothie. The ingredients of the Starbucks Doubleshot smoothie include brewed Starbucks coffee, almond milk, pea protein, inulin, konjac flour, honey, salt, xanthan gum, gellan gum, and banana puree.

Frozen yogurt –is an important ingredient because it forms the major part of the smoothie. It contributes to the heavy density of the smoothie. Initially, Starbucks used Greek yogurt; there is, however, no restriction on the type of yogurt you use. Low-fat yogurt is better because of its health benefits.

Banana– a fresh banana is also a significant ingredient in the homemade smoothie. It provides vital nutrients, the right density, and flavor.

Starbucks VIA instant French roast coffee – Starbucks recommended the coffee when making the smoothie at home. Smoothies made from the coffee have Starbucks quality. However, you can customize the smoothie by choosing your preferred Starbucks coffee.

Plant protein/ pea protein – A protein scoop can be added to the smoothie to increase its protein levels.

Other ingredients in the Starbucks Doubleshot coffee smoothie include:

Almond milk is the major source of protein since the Doubleshot coffee smoothie does not contain yogurt. Protein is also added through the pea protein.

Organic banana puree – improves the nutritional content of the smoothie and replaces the whole banana in the homemade coffee yogurt. 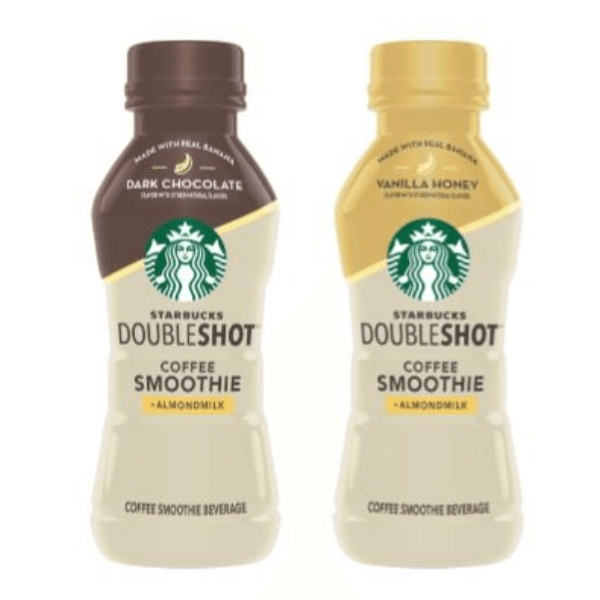 The Starbucks Double shot smoothies are available in 296 ml bottles. The 296 ml is the only packaging Starbucks has provided. However, individuals or companies that may need different packaging can seek to arrange with the management to have their smoothies in the sizes they would prefer.

Starbucks smoothies are made with milk, fruits, and plant-based proteins. Therefore, they are among the most nutritious products from the company. They also do not present a great health risk because a single serving only contains 29g of carbs. The carbs are significantly low compared to most Starbucks drinks. If you are looking for a nutritious treat with low negative health impacts, you can consider the Starbucks coffee smoothies.

The calorie count for one serving is about 170, which is relatively low, having in mind the daily serving limit is 2000. The 8g of protein is relatively high compared to what is available in most coffee drinks. The almond milk and pea proteins are great sources of proteins for the smoothie. A 296 ml bottle is small, and therefore 8g of proteins in such a small bottle is a big deal. Calcium is also a significant component of the Starbucks smoothie. It has 40mg of calcium, making it friendly to your teeth and bones.

The following table shows the nutritional composition of the Starbucks coffee smoothie.

Starbucks uses low fat milk brands from the Dairy Farmers of America. However, the Starbucks Doubleshot coffee smoothie is made from Almond Breeze brand of almond milk and has no dairy content.

When making a simple Starbucks coffee smoothie at home, you can use a quarter cup of Alta Dena reduced fat and lactose free milk and yogurt brands.

The Starbucks coffee smoothie taste is excellent. It has a delicious and unique taste that is significantly different from other smoothies. The taste of coffee in the smoothie gives it a unique taste that makes you always have a craving. My friend remarked that it should be mandatory for smoothies to include the coffee taste. The vanilla or chocolate flavor common with the Starbucks coffee smoothies makes them great in taste. Words cannot clearly describe the taste, so you need to taste for yourself.

There are numerous ways to customize the Starbucks smoothie. Almond milk is an ingredient you can replace with frozen vanilla yogurt if you have no problem-consuming dairy products. Otherwise, you can use soy or coconut milk. Instead of using the banana puree, you can use a whole ripe banana. The whole banana will increase the sweetness and the banana flavor, and you can also use other flavors instead of the common vanilla and chocolate flavors. Strawberry flavor is a good replacement for the two and is an excellent smoothie flavor. Using various blends of coffee may also be good customization. However, always ensure that you like the coffee flavor because it forms a crucial part of the ingredients and taste.

I enjoy both types of smoothies. I regularly make them at home since they are currently unavailable. I sometimes make my coffee from coffee beans using a Coffee bean powder grinding machine. Although it is a tedious process, it is a good way of passing the time and obtaining the freshest coffee.

How to order a Starbucks coffee smoothie

How much is Starbucks coffee smoothie

One 10oz bottle is $3.5. However, prices may change when it is restocked. 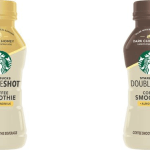 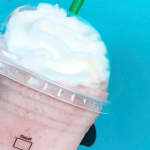 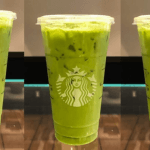 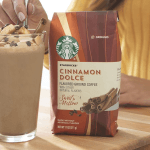