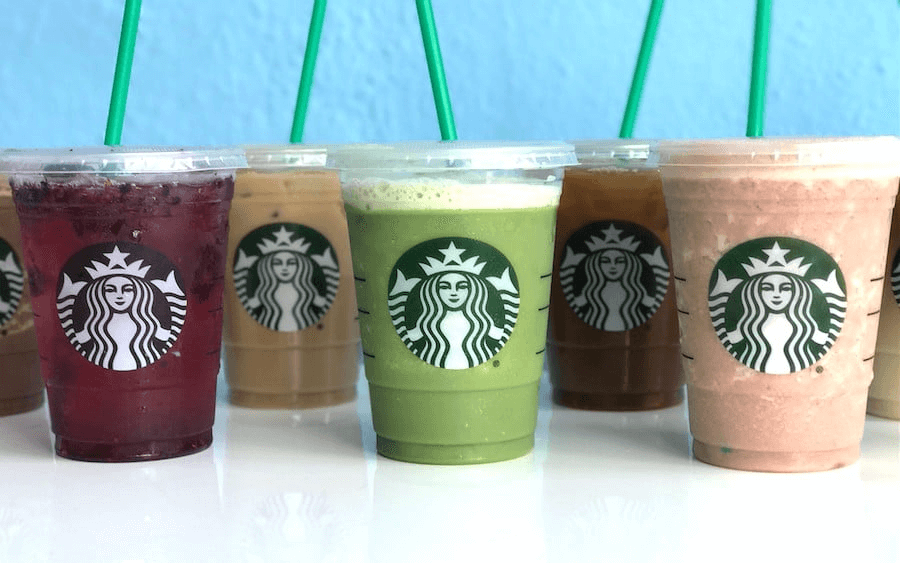 To order a vegan drink at Starbucks ask the barista to replace whole milk (if it is the default milk in the drink you are ordering) with one of the plant-based milk available in the store. Also, Opt out of the whipped cream topping since Starbucks whipped cream has dairy.

I recently started my vegan diet so I had to find out the vegan-friendly drinks I could get from the coffeehouse. After a lot of research and consulting Starbucks baristas, I discovered the wide range of beverages offered at Starbucks that are vegan. To learn about Starbucks vegan drinks, how to order them and the vegan syrups available, continue reading.

How to order vegan drinks at Starbucks.

Additionally, some of the Starbucks ingredients to avoid in your drink include; Cinnamon Dolce toppings, java chips, caramel drizzle, caramel sauce, protein powder and white chocolate mocha sauce. These ingredients have some sought animal products in them.

What cold drinks at Starbucks are vegan

Starbucks has several cold drinks that are vegan-friendly. Additionally, a customer also has the freedom to customize any cold drink to make it vegan, if they’d like, provided that the major ingredients can be swapped for others. Some of the Starbucks iced coffees include; the Reserve Nitro cold brew, iced caffé Americano, cold brew with plant milk, iced café latte, iced caramel macchiato, blonde roast and dark roast coffee.

Some of the Starbucks vegan-friendly fruity drinks include; iced guava passionfruit drink, the pink drink, iced matcha green tea latte, iced pineapple matcha drink, violet drink, star drink and the dragon drink. Also, all the Starbucks iced teas are vegan-friendly. Starbucks has a lot more vegan drinks and drinks that can be customized to be vegan, not just the ones mentioned above, therefore ensure you ask your barista and they’ll provide more options.

What Starbucks holiday drinks are vegan?

Starbucks has several holiday drinks that are vegan and others that can be customized to be vegan. Examples of Starbucks vegan holiday drinks include; the Butterbeer latte, Peppermint Mocha, Ice sugar cookie almond milk latte, apple crisp macchiato and Irish cream cold brew. The majority of Starbucks customers usually ask for whipped cream with these drinks so, be sure to tell your barista you want a vegan drink so they don’t use whipped cream in yours.

Which syrups at Starbucks are vegan?

Starbucks has a variety of syrups and thankfully, all of them are vegan-friendly. Starbucks vegan syrups include; vanilla, sugar-free vanilla, sugar-free cinnamon dolce, cinnamon dolce, caramel, toffee nut, peppermint, raspberry, brown sugar, Irish cream, hazelnut and pineapple ginger syrup. So, do not feel limited when it comes to flavouring your vegan drink with Starbucks syrups.