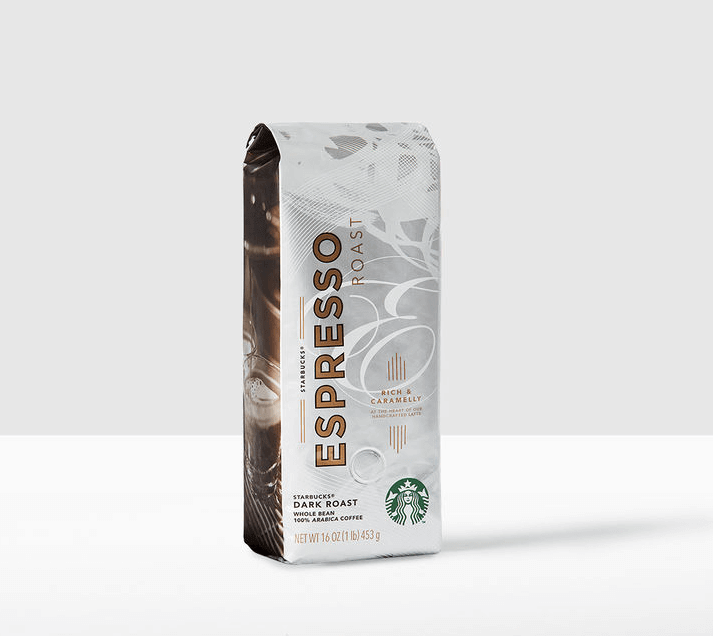 If you need a strong Starbucks drink, consider getting one made with a shot of espresso. You are probably wondering, how strong is Starbucks espresso?

A shot of espresso has 75 mg of caffeine, while two shots have 150 mg of caffeine. You can still order drinks with more espresso shots if you want something stronger. Many new Starbucks customers do not know much about the espresso beverages at this shop.

I can relate since I have been there. When I switched to Starbucks, I did not understand what terms such as solo, doppio, and triple stood for. Since I now have experience, I created this post to help you out. By the end of this post, you will learn how strong Starbucks espresso is.

How much caffeine is in a Starbucks espresso?

This coffee chain sells its beverages in different cup sizes, including Venti, grande, tall and short. While a short and tall cup contains 75 mg of caffeine, Venti and grande espresso drinks have 150 mg of caffeine since they are often served with 2 shots of espresso.

How strong is 3 shots of espresso at Starbucks?

Such a drink can boost your energy levels and keep you more alert during the day. You should, however, avoid ordering such a strong beverage in the evening since it can interfere with your sleep.

What is the strongest espresso shot at Starbucks?

Blonde roasts at Starbucks have the strongest espresso. For instance, North Blend Blond roast is quite strong since it contains 475 mg of caffeine in Venti. This Starbucks beverage is not only strong but also healthy since it has only five calories. If you need a strong caffeinated drink that you can take in the morning, consider this one.

What happens if you drink 8 shots of espresso?

Though caffeine has a lot of positive effects, overconsuming it is not advisable. If you take eight shots of espresso, this means that you have consumed more than 600 mg of caffeine. This can lead to caffeine intoxication, which refers to overstimulation of the central nervous system.

It can cause muscle twitching, increased urination, anxiety, restlessness, and rapid heartbeat. Though individuals have different tolerance levels of stimulants like caffeine, you should not over consume it. Though espresso shots have less caffeine compared to brewed coffee, eight shots is a bit too much for anyone.

Is cold brew stronger than espresso?

Yes. Cold brew is stronger than espresso since it has more caffeine content. Cold brew is a robust and bold beverage. Making cold brew needs a lot of coffee beans in the brewing process.

The process of cold brewing needs either triple or double the amount of coffee beans. On the other hand, a shot of espresso refers to a single serving of ground coffee beans.

Apart from that, Starbucks mostly serves espresso in smaller cups that have less caffeine compared to a regular cup of cold brew. One of the advantages that espresso has over cold brew is that you can tailor your beverage according to your preference. For instance, you can order an espresso drink with more shots.

Many coffee lovers often order their espresso beverages with two to four shots of espresso to make them stronger. Some people prefer cold brew to espresso since it has a much more pleasant taste. Since cold brew is less acidic, it tastes better than espresso. If you don’t have problems with acid reflux, feel free to order an espresso-based beverage.

Though Starbucks uses the term light when referring to blonde espresso, this is not very light when it comes to the caffeine content. Many people are impressed with the taste of blonde espresso since it is mildly sweet and does not have a bolder flavor like dark roast.

Which drinks at Starbucks have the most caffeine?

Blonde roast filter coffee has the most caffeine since a venti of this drink contains 475 mg. You can order this hot beverage if you want something really strong. If you prefer cold beverages and want one that is really strong, you should consider cold brew. A Trenta of this beverage has 360 mg of caffeine.

It depends on the type of espresso roast you pick. Though the dark roast espresso is bitter, the blonde espresso roast has a more pleasant taste. You can, however, modify the taste of Starbucks espresso by ordering your drink with more milk or a sweetener of your choice.

Can you order 5 shots of espresso at Starbucks?

Yes. You can order a drink with five shots of espresso. You should expect more caffeine content in such a beverage. Before placing such an order, beware of the side effects of taking too much caffeine.