There are plenty of reasons why someone may decide to work at Starbucks in the US, specifically in Arizona. However, the first crucial question to answer is, “How much does Starbucks pay in Arizona?”

The amount Starbucks will pay an employee in Arizona is determined by the employee’s work experience, the job position they hold in the franchise, their level of education and the number of hours worked. The worker’s income will also be affected by the pay requirements set in that area like the minimum wage or cost of living and the location where the store is situated. Like other companies, compensation at Starbucks increases with senior positions. Up until recently, I was a Starbucks Store Manager in Arizona and I will be sharing with you everything you need to know about Starbucks salaries in Arizona.

What is starting pay at Starbucks Arizona?

The average starting pay at Starbucks in Arizona is around $13.39 per hour and around $24,399 per year. The exact starting pay of a worker will be determined by their skill level and their job description. The average starting income ranges from $ 12.80 to around $27.40 per hour and the annual starting salary lies between $19,220 and $27,630. Your specific starting pay will be discussed during your job interview or it will be indicated in the employment contract. You can also find this figure in the original job description.

How much does Arizona Starbucks pay an hour? 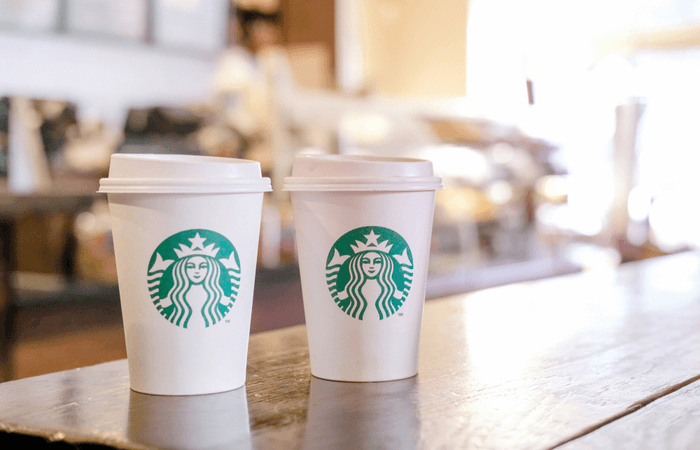 The hourly rate offered by Starbucks depends on the job position of the employee, their expertise and other qualifications. The hourly pay rates extend from as low as about $10 to as high as $46 with the average pay being about $14.14. This average hourly income is considered to be around 16% above the national average. Working overtime will also increase a worker’s hourly pay. A Starbucks employee’s hourly income will also be determined by the market and incumbency.

How much does Starbucks pay Baristas in Arizona?

An average Starbucks barista in Arizona receives base pay of approximately $26,915 per year and around $14.14 per hour. The pay range of a Starbucks barista in Arizona is between $13,953 and $33,500 per year with the majority of baristas falling in the 25th percentile and 75th percentile which is around $19,246 and $29,000. The top-earning baristas, in the 90th percentile, can be paid up to $37,351. Additional income is approximately $826 annually. With the extra income from tips, an average barista can expect around $27,401 at the end of the year. This range in income is due to the different skill levels and work experiences of the baristas.

How much does Starbucks pay Cashiers in Arizona? 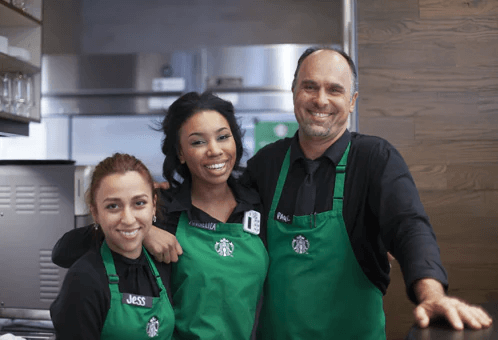 A Starbucks cashier in Arizona is paid approximately $26,066 per year and roughly $13 per hour. The hourly pay ranges between $11 and $21. Most cashiers fall in the average and 75th percentile of earners which is between $13 and $15 per hour. Annually, the pay stretches from as low as $15,000 to as high as $42,500. Low-income earners are within the 25th percentile and below and they earn around $20,500 per year and below while the top earners are within the 75th and 90th percentile earning from around $29,000 to $34,500 per year. The outliers earn from around $34,500 to almost $42,500 per year. Again, these fluctuations in salaries are because the skill levels of the workers differ.

How much does Starbucks pay Shift Supervisors in Arizona?

Starbucks shift supervisors in Arizona earn approximately $15.72 per hour and annual base pay of about $30,515. The hourly ranges from $10 to $19 with most shift supervisors falling in the 25th and 75th percentile which is between $13 and $16 per hour. The $15.72 per hour is considered to be around 17% above the national average. The yearly pay varies from around $19,651 to almost $40,632. The majority of the Starbucks shift supervisors earn between the 25th and 75th percentile which translates out to around $28,000 and $34,000 per year. Shift supervisors also received additional compensation of about $1,232 annually totaling their annual average income to approximately $31,052.

How much does Starbucks pay Store Managers in Arizona?

Starbucks Store Managers in Arizona earn an average base pay of $42,512 and about $30 per hour. The hourly income ranges from about $14 to $40 with the majority of the store managers earning between $27 and $32 per hour. The yearly salaries range between $37,000 and $79,000. The store managers also receive additional earnings from bonuses, commissions and profit-sharing of about $11,584 yearly which brings their average annual salary to around $54,096.