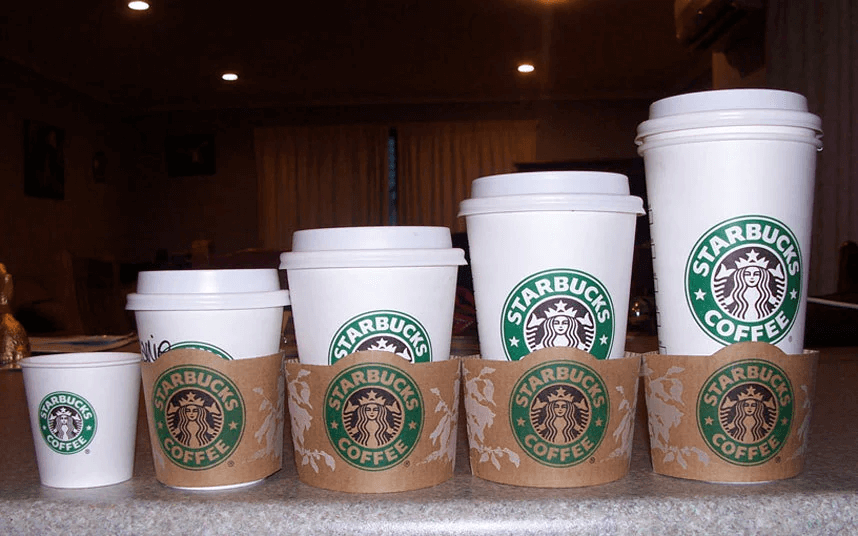 Starbucks is the leading coffee chain in the world. Now it wouldn’t get to this point if every time customers walked into a Starbucks store they were served the same drinks over and over. I for one cannot stand taking the same drink more than twice a week so you can imagine the joy and thrill I get whenever I look through the Starbucks menu and there are endless options to pick from.

The ever-changing menu has about 130 drinks in all seven categories which include hot coffees, hot teas, hot drinks, Frappuccino blended beverages, cold coffees, iced teas, and cold drinks. Though these are the base drinks they can further be customized through different combinations so you can expect the list to get longer.

How many drink combinations are available at Starbucks?

As crazy as it may sound there are over 87000 drink combinations at Starbucks. The company confirmed this through its official website and this amount sums up by multiplying the core beverages by the modifiers and customization options. This means that while you will only get a minimum number on the menu boards, you can play around with the options as much as you want and take a different drink every time you visit Starbucks for as long as you want.

You might have at one point in time heard about Starbucks’ secret menu and wondered what it entails. Over the years since Starbucks came to be, the baristas and customers have found different interesting ways to customize the drinks. This is what gave rise to the secret menu and of course the many drink combinations.

How many drinks does Starbucks have in total?

Starbucks’ menu keeps changing with new additions to the menu during the festivities and some drinks being discontinued after a while. It is impossible to know the exact number of drinks the company has. However, we know there are over 87000 drink combinations on their secret menu. The list however keeps growing as baristas and customers continue to find different ways to customize the drinks.

There is a reason why Starbucks continues to hold the title of the best coffee company. You never know what to expect in your cup each time you walk into the store and that is the beauty of it.

What is the longest drink you can order at Starbucks?

Starbucks customers are known to make ridiculously complicated orders that sometimes drive baristas insane. Whether this is intentional or not it adds fun to the whole experience. There is nothing as good going Indiana Johnsing to find a drink that stands out which is probably why Starbucks has loyal customers.

With the vast customization options that Starbucks offers, several customers have been able to order drinks with over thirteen ingredients. the most realistic and reasonable one is a quad long short Grande in a Venti cup, half calf double cupped no sleeve salted caramel mocha latte with 2 pumps of white chocolate mocha, 2 pumps of vanilla substitute, 3 pumps of hazelnut, toffee nut, and vanilla classic syrup, half whole milk and half breve with whipped cream and extra cold foam, caramel drizzle, salt and a scoop of vanilla bean powder.

How many coffees does Starbucks offer?

Starbucks offers about 50 core coffee beverages. This excludes caffeinated hot drinks, refreshers, and Frappuccinos. This number can be further moderated to give you a good fraction of the overall 87000 drink combinations that Starbucks offers. If you are a coffee lover you won’t have to stick to the same monotonous drink since Starbucks offers you different ways of getting your much-needed caffeine boost.

How many different flavors does Starbucks have?

When at Starbucks, you could order the same drink as the person next to you but they would taste completely different. This is all thanks to Starbucks syrup flavors. The flavors include vanilla, caramel, cinnamon dolce, hazelnut, toffee nut, peppermint, raspberry, and classic syrup. Most of these flavors have sugar-free options and though they are showcased in a standard amount on the company’s website, the amount can be adjusted upon request.

Other than that the flavors can also be customized. For example, Starbucks does not offer French vanilla syrup but the baristas can make it by mixing hazel nut syrup and vanilla syrup.

What is the rarest Starbucks drink?

Starbucks drinks are climbing the ladder to become everyone’s favorite. It is therefore very challenging to immediately classify one as rare. The only criterion that would make one specific drink stand out is using the price. Sexangintuple Vanilla Bean Mocha Frappuccino is considered the company’s most expensive drink of all time. Getting this 128-ounce cup will cost you about $55. Not everyone would be willing to spend that much on coffee which makes the drink the rarest.

Other drinks that might be considered rare are the seasonal drinks and the fan favorites that have been discontinued. All in all, Sexangintuple is the alleged monstrosity that holds the crown.

What is the most ordered drink at Starbucks?

Vanilla latte is by far the most ordered drink at Starbucks. It is not only many customers’ favorite but it is the safest pick for any Starbucks newbie. If you want to try out your first Starbucks drink it is advisable to start with a more neutral, less sophisticated flavor. What better option to go for than vanilla? It is not only subtle and friendly but also a good place to start as you adjust to the more complex drinks.

How many drinks are on the Starbucks menu?

Starbucks drinks are classified under seven categories and the number of core beverages in the categories is about 130. This number includes bottled teas, juices, milk, and water that fall under iced teas a cold drinks category.

Note that these statistics are from Starbucks’ most recent menu but you never know what to expect from the coffee house. Starbucks keeps recording significant growth and with that, you should expect the menu to keep growing as new drinks are chipped in from time to time.

How many ways can you customize a Starbucks drink?

For there to be that many drink combinations, there are several ways to customize the drinks. The company’s website however acknowledges these top six ways. Select milk, add fewer pumps of syrup, add sweetener, ask for less or no whip, make your drink skinny and add cold foam.

How many variations of Starbucks drinks are there?

There are several variations all of which depend on the customer’s preference. Due to this diversity, most of the drinks are on the secret menu and not on menu boards.

How many drinks does Starbucks have on the menu?

Starbucks has over 230 drinks under seven categories. The menu however keeps changing as some drinks are discontinued while others are added.

What is the number 1 Starbucks drink?

Vanilla latte has been appreciated by a majority for its subtle flavor and healthy nature. However, everyone has a different preference and some may fancy other drinks like iced Caramel Macchiato which also have a huge fan base.