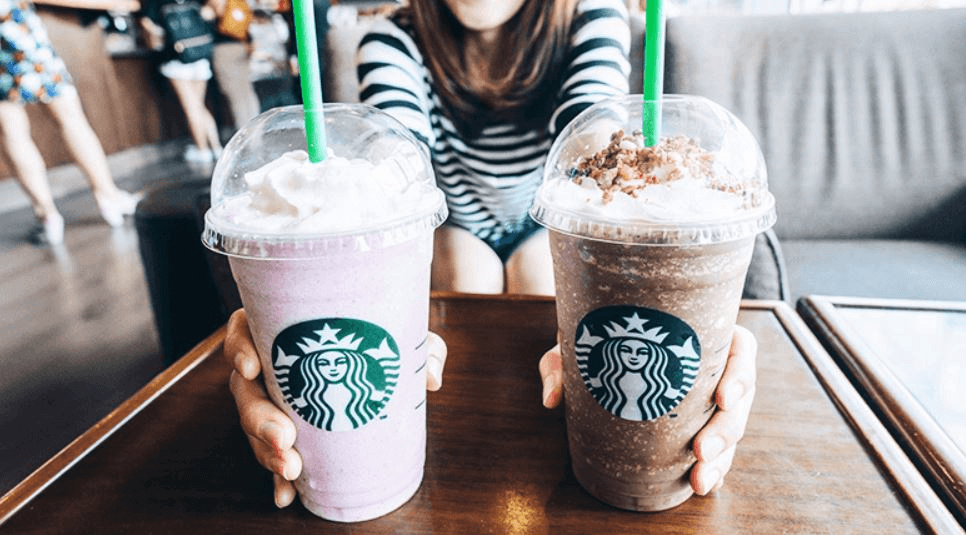 Starbucks is a coffee giant that is known to serve a large variety of drinks that cater to the needs of their customers. They also ensure their customers have an easy time in the toilet so, here are the best drinks at Starbucks to make you poop.

Ever since relocating to America, my body has had a hard time adjusting in many ways. From the weather to the people and the general environment, it has been a roller coaster. Also, my body is not used to the new types of food and drink I take, therefore I have been having bouts of constipation and an extremely hard time passing stool. Since Starbucks beverages are part of my diet, I did some research and found several drinks that I can take to help me poop. I have had great results so far and wanted to share my list of drinks with you.

Is Starbucks coffee a laxative?

No, it is not. However, it has a laxative effect. Coffee has been known to be a mild diuretic, which means that it helps in passing urine much quicker. It also stimulates the acid levels in the stomach, which creates a chain reaction in the intestines, increasing the need to poop. Starbucks coffee drinks that have caffeine, even decaf coffee drinks have been known to increase bowel movements.

What at Starbucks will make me poop?

Most caffeinated drinks will make you poop. This is because caffeine stimulates bowel movements. These include espressos, Americano coffees, and cappuccinos.

Starbucks teas that have ingredients such as black tea, lemongrass, ginger, cardamom, and even green teas can stimulate bowel movements. Examples of teas with these ingredients include chai tea, earl gray tea, unsweetened ice green tea, and honey citrus mint tea fall under this category. These teas are suitable for those who prefer to steer clear of caffeine, as it may be too harsh on their stomachs.

Also, food items that are rich in fiber can cause you to poop such as rolled and steel-cut oatmeal.

What Starbucks drink helps with constipation?

The unsweetened iced green tea can help with constipation. It has lemongrass and mint which are ingredients that can soothe stomach issues and reduce constipation. It can also help to reduce bloat.

While choosing the best Starbucks drinks to make you poop, we looked at the drinks that have a relatively high amount of caffeine. This is because studies have shown that caffeine increases bowel movements by 60% more than water, and 23% more than decaffeinated coffee.

We could have included decaf coffee drinks in this list, but we stuck to caffeinated coffees as they are more effective in causing you to poop.

We also selected some teas like chai tea, honey citrus mint tea, matcha tea latte, and mint majesty. They have ingredients that can help not only make you poop, but also ease stomach aches. These tea options are suitable for those who are sensitive to high amounts of caffeine.

18 Best drinks at Starbucks to make you poop

This is one of the most beloved Starbucks drinks and is in high demand during the fall season.

It is rich and creamy with spices such as cinnamon, ginger, and cloves that will kick start your bowel movements.

This is also another great option to help you poop. It is a healthier version of the pumpkin spice latte especially since it has 0 calories. But, don’t let its simplicity fool you, it is laden with powerful spices that will stimulate your digestive tract.

These espresso shots come in small shot glasses, approximately 1.5 fluid ounces. You may think that that’s too little to help you poop, but it has a whopping 150 mg of caffeine. That’s more than enough to stimulate your bowel movements.

This simple drink has 225 mg of caffeine. You will have an easier time in the washroom after drinking this.

This tea has a little caffeine, but can tremendously help to ease constipation. It is also known as the Starbucks medicine ball. Ingredients like green tea, spearmint, and peppermint, can go a long way in easing your digestive issues. The fruit pieces also provide fiber, and we all know how much fiber can help with constipation.

This latte would be suitable for those wanting to reduce their caffeine intake, as it has only 80 mg of caffeine. Green tea can help you poop as well.

This drink is both warm and refreshing. It has no caffeine, but spearmint and peppermint leaves are easy on the stomach and are effective in easing digestive issues.

Despite this coffee drink being a mixture of brewed espresso and milk, it has 150 mg of caffeine, enough to help you easily pass stool.

Similar to a cappuccino in both ingredients and caffeine amount, this would be a great alternative to help you poop.

This option would be great for those who love milk and drinks that are creamier. It is made with brewed espresso and has 130 mg of caffeine. Enough to stimulate your bowel movements.

This drink is simply coffee and milk infused together. It originates from France and is also known as café au lait. It’s suitable for milk lovers, and has 150 mg of caffeine, despite its creaminess.

This drink has one of the highest caffeine amounts among all Starbucks coffees. Made with brewed coffee and nitrogen, it has a whopping 280 mg of caffeine. This is more than enough to clear your digestive tract of any blockages.

This drink is refreshing, delicious, and effective enough to help you poop. Probably because it has 205mg of caffeine.

If you prefer your espresso cold, this would be a great option. It still has as much caffeine as a hot shot glass of espresso, therefore it is just as effective.

Starbucks reserve coffee is rich and abundant in caffeine. This brewed coffee plus ice will give you a refreshing taste, while also effective for your digestive tract since it has 200 mg of caffeine.

This is a great option for nitro cold brew lovers and those with sweet teeth. It is sweet and effective, with 265 mg of caffeine. Even as you ease your digestive issues, you get to have a sweet treat while at it.

This drink is refreshing, delicious, and creamy. It is also aesthetically pleasing to the eye. With brewed espresso, you get 225mg of caffeine. That’s more than enough to help you have an easy time in the washroom.

What Starbucks drink is good for digestion?

Drinks that have ingredients such as peppermint, green tea, ginger, and lemon can help to ease digestion. Examples of Starbucks drinks with these ingredients are unsweetened iced green tea, chai tea, and honey citrus mint tea.

Which coffee is best for pooping? 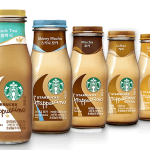