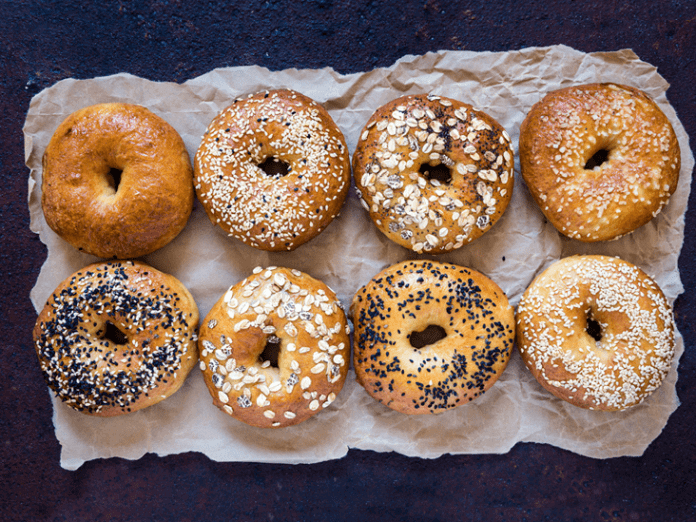 Yes, but not all of them. The Vegan Starbucks Bagels include Plain, Everything, Sprouted Grain, Blueberry, and Cinnamon Raisin.

Have you been wondering whether Starbucks has some vegan-friendly snacks? You are not alone. I quit animal products a few years ago. Switching to vegan was not easy since I had to pay attention to every ingredient that was in my foods and snacks. During my search, I came across some vegan-friendly bagels at Starbucks. I, therefore, decided to come up with this post to help other vegans learn which bagels they can buy from Starbucks. Enjoy!

Which Starbucks bagels are vegan? 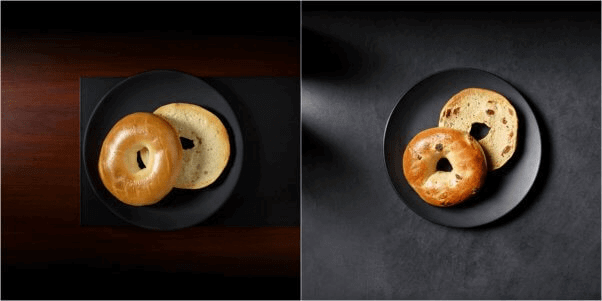 Though Vegans seem to have limited snack options, you can find friendly ones that you may enjoy. One of them is bagels from Starbucks. These are doughnut-shaped snacks that come in different flavors. Though not every bagel from this coffee brand is vegan-friendly, some are.

As you look for vegan-friendly bagels, you should stick to those made from yeast, flour, sugar, water, and salt. Since these ingredients do not come from an animal source, they are ideal for vegans. You should avoid bagels that contain animal products such as milk, eggs, honey or L-cysteine, or cream cheese. You can try the following vegan bagels at Starbucks.

This is a classic soft bagel that most vegans enjoy from Starbucks. The plain bagel is popular since it is thick, chewy, and soft. You can either choose the toasted or untoasted plain bagel. This bagel is vegan friendly due to its ingredients. It contains yeast, enriched wheat flour, vegetable oil, water, rye flour, sugar, salt, water, and the calcium propionate preservative.

You will also come across this vegan-friendly bagel at the Starbucks menu. It is an example of a boiled bagel made with some delicious raisins. The main ingredients in this vegan bagel include malted barley flour, cinnamon, reduced iron, folic acid, wheat gluten, sunflower oil, enzymes, guar gum, and sugar. If you go through the complete list of ingredients, you will not see any animal-derived product in the Cinnamon Raisin bagel.

Though Starbucks initially added cheese to Everything bagel, it stopped including this ingredient to make this bagel more vegan friendly. This bagel contains ingredients like niacin, flour, garlic, vinegar, poppy seeds, enzymes, ascorbic acid, wheat gluten, sesame seeds, guar gum, ascorbic acid, and riboflavin. Since this bagel is in high demand, you should order it early enough to avoid missing it. Most Starbucks order the bagel at the beginning of the week.

Many vegans also enjoy the delicious taste and like the beautiful look of this bagel. Though this snack has the traditional texture of most bagels, it does not have any animal-derived products.

Some of the ingredients available in this vegan-friendly bagel include rye flour, wheat flour, calcium propionate, vegetable oil, water, yeast, and salt. Starbucks tops this bagel with sunflower seeds, oats, or golden flax.

How do you order vegan Bagels at Starbucks? 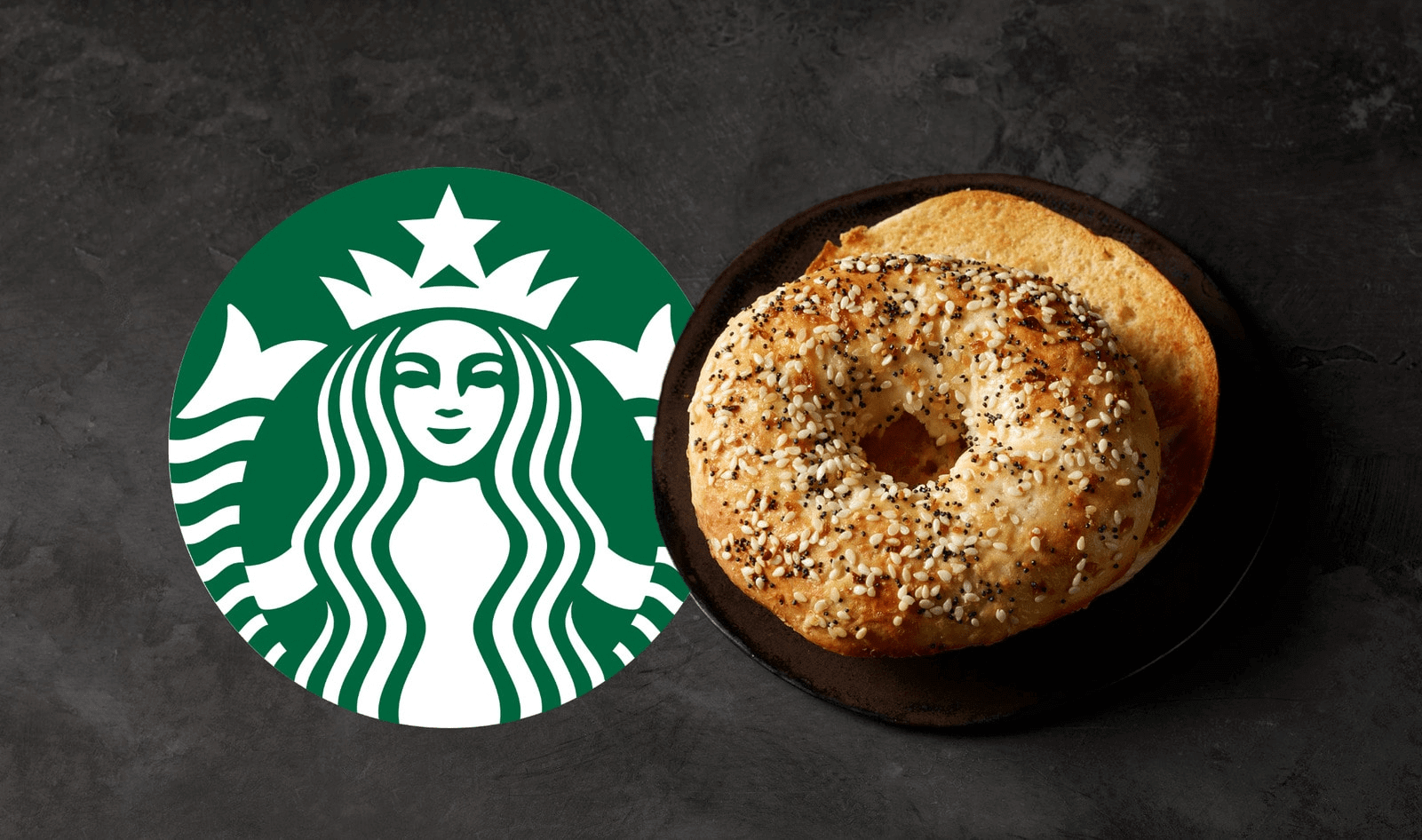 Are you craving vegan-friendly bagels? You can easily order them through the Starbucks app. Ordering for a vegan bagel ahead through this app can prevent you from waiting for long to receive it from the nearest store. If you have never used the Starbucks app before, start by downloading it on your phone.

After this, open the app and choose the vegan bagel you want from the available options. You should then select your pick-up location before placing the order. This app also allows customers to pay for their orders digitally. Once you get to the store, one of the employees can bring the order to your vehicle.

How healthy are Starbucks vegan bagels?

As you order vegan bagels from Starbucks, you should know that not all of them are healthy. You should consider the nutritional details of a vegan bagel before ordering. A healthy Starbucks vegan bagel should contain healthy grains like oats, millet, or barley. Vegan bagels with seeds are also healthy since they have high fiber.

Besides that, Starbucks also adds sugar to most vegan bagels to enhance their taste and texture. For instance, the Cinnamon Raisin bagel contains 11 grams of sugar, making it less healthy. Taking lots of this bagel is not healthy since the sugar can lead to weight gain.

Some Vegan bagels at Starbucks, such as the Plain bagel, also have high sodium content. Though the body needs around 500 mg of sodium every day for proper functioning, consuming too much sodium is unhealthy. A single plain bagel from Starbucks contains 620 mg of sodium. Taking too many of these bagels in a day can put you at risk of increased blood pressure and kidney disease.

As you look for a healthy vegan-friendly bagel from Starbucks, do not forget to check for certification. Focusing on the label can help you identify the right vegan bagel for you. If you are struggling with finding an ideal bagel, consider making your own at home.

Though Starbucks did not offer a lot of vegan-friendly snacks in the past, it has upgraded its menu to accommodate everyone. If you are vegan and like bagels, you can get vegan-friendly ones from the company. Some of the vegan-friendly bagels available at Starbucks include Plain, Everything, Sprouted Grain, and Cinnamon Raisin. The bagels do not contain any animal-derived elements. Consider trying them to identify your favorite Starbucks vegan bagel.

Is blueberry bagel at Starbucks vegan?

Yes. This is also another vegan-friendly bagel that you can try. It is made using water, blueberries, brown sugar, extract, malt, and flour.

Are there any vegan bagels on the Starbucks menu?

Yes. Some include Everything, Sprouted Grain, Plain, and Cinnamon Raisin.

How Many Customers Does Starbucks Get A Day? (How Much Does The Average Customer Spend At Starbucks? + More Information)

What does Starbucks’ gold status mean? (How do you become Starbucks Gold? + More information)

Can You Microwave a Starbucks Plastic Cup/Tumbler? Are All Starbucks Tumblers/Cups BPA-Free? All You Need to Know

Starbmag.com is a participant in the Amazon Services LLC Associates Program, an affiliate advertising program designed to provide a means for sites to earn advertising fees by advertising and linking to Amazon.com. We also participates in various other affiliate programs, and we sometimes get a commission through purchases made through our links.